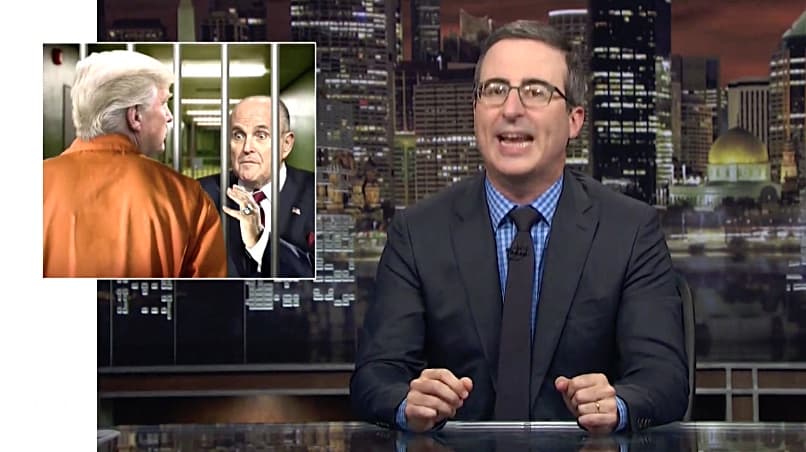 Giuliani made the remarks to Chuck Todd who was asking if the president was going to testify in the Mueller probe.

Said Giuliani: “I’m not going to be rushed into having him testify so he gets trapped into perjury. And when you tell me that he should testify because he’s going to tell the truth and he shouldn’t worry, well that’s so silly because that’s somebody’s version of the truth, not the truth.”

No it isn’t,” Giuliani snapped back. “Truth isn’t truth.”

“Don’t do this to me,” protested Giuliani when Todd called him on the ridiculous statement.

Added Oliver: “What is Giuliani doing? Why does the White House keep letting him go on TV? At this rate, Trump is going to end up behind bars with Giuliani visiting him and saying, ‘Don’t worry, Donald, prison isn’t prison.'”