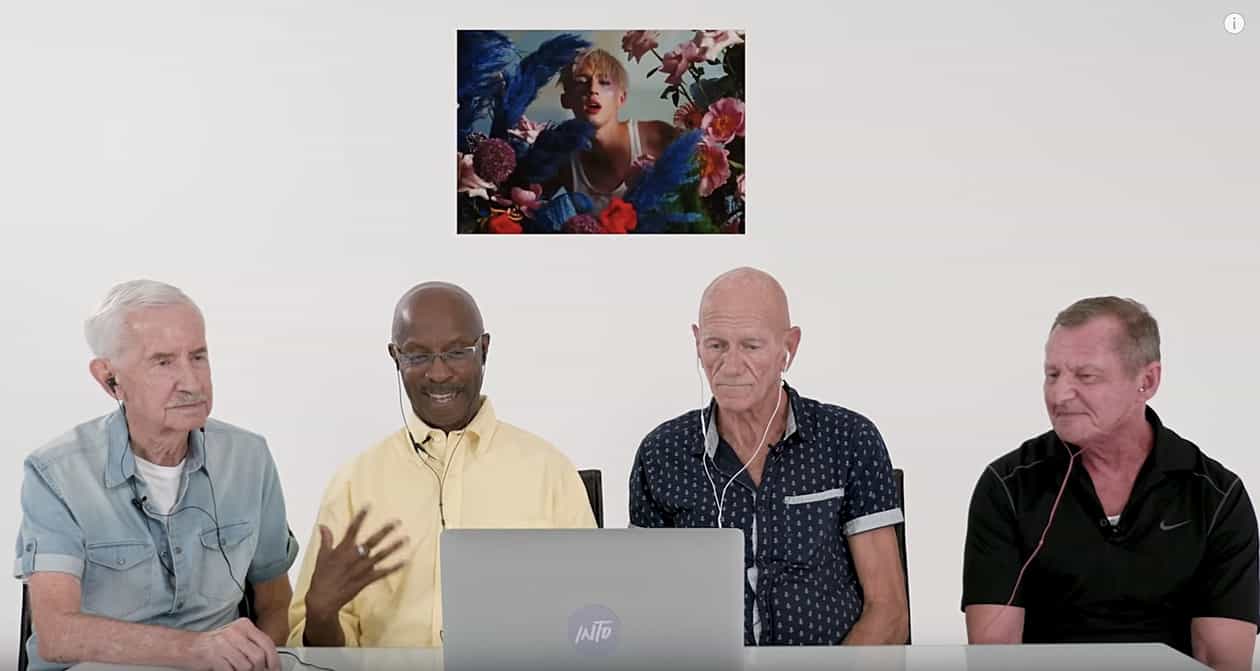 None had ever heard of Sivan or seen his videos. They were asked to watch the Blue Neighborhood trilogy, which depicts the blossoming of a young gay teen romance.

Said Reeves: “It told the story of the anguish of a person coming out to their family and the self doubts it sets up in you and how that’s a very destructive force. It reminds me a lot of my own history which at 75 I’ve never come out to the rest of my family. My family knows I’m gay but it has never been something that’s talked about or dealt with in a confrontational way because it’s to be kept hidden away.”

Said Lyons: “I had a very difficult time looking at the beating part. It bothered me. I played the game. I had girlfriends. I went to the dances. I did everything I was supposed to because I didn’t want anyone in high school to know. This was in 1960. If you told your parents it was an automatic ticket out.”

They then watched “Bloom”, Sivan’s anthem about bottoming.

Said Martin: “I got that he’s talking about the love and every time you make love to me I just bloom even more.”

Added Reeves: “People can be flowers too.”

Told that it was a bottoming anthem, Martin added: “Why you gotta get all nasty and put your stuff up there?”

Asked how it would have been to have an out queer musician when they were that age, Martin added: “Wonderful. Because you have somebody that is you. You see you.”