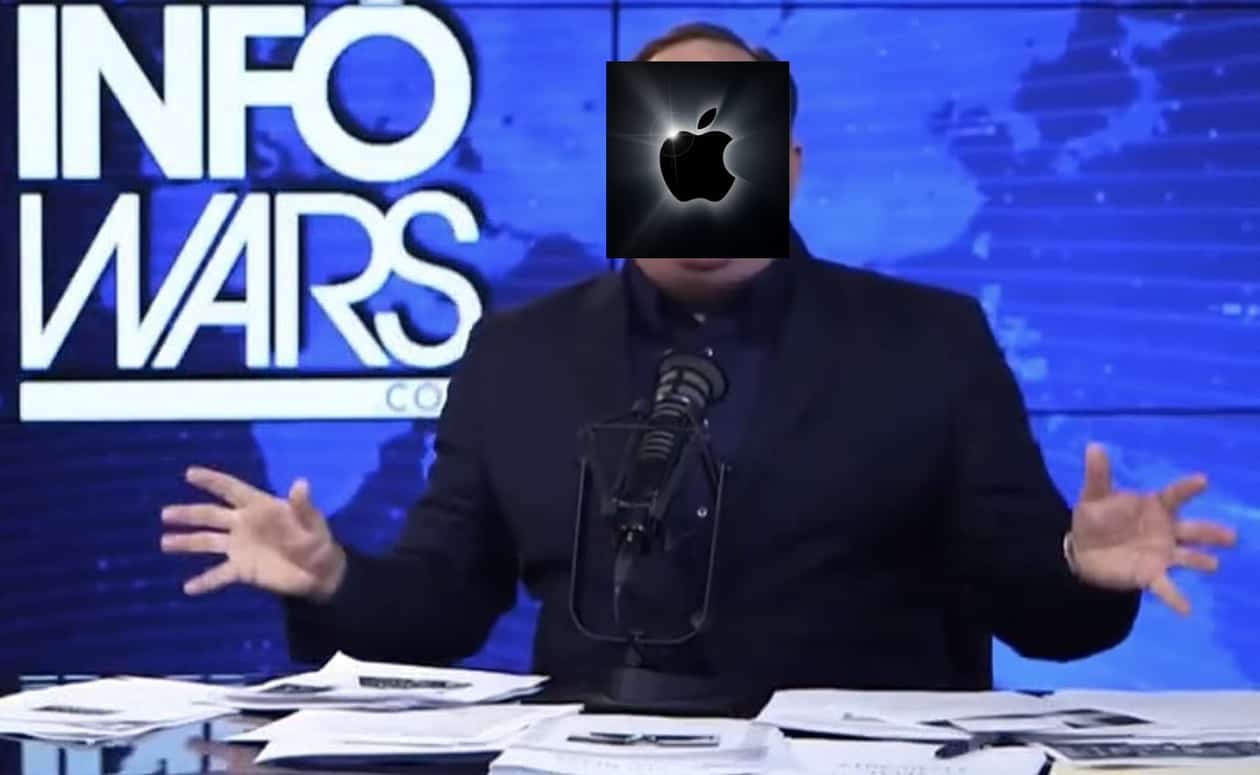 Apple has banned Alex Jones’s InfoWars app from its app store, dealing another blow to the conspiracy theorist who has seen his propaganda and platform vanish from Facebook, Google, YouTube, Spotify, Twitter, and Periscope in recent weeks.

Jones was determined to have violated Apple’s terms of service, which read: “Apps should not include content that is offensive, insensitive, upsetting, intended to disgust, or in exceptionally poor taste. Examples of such content include: Defamatory, discriminatory, or mean-spirited content, including references or commentary about religion, race, sexual orientation, gender, national/ethnic origin, or other targeted groups, particularly if the app is likely to humiliate, intimidate, or place a targeted individual or group in harm’s way.”