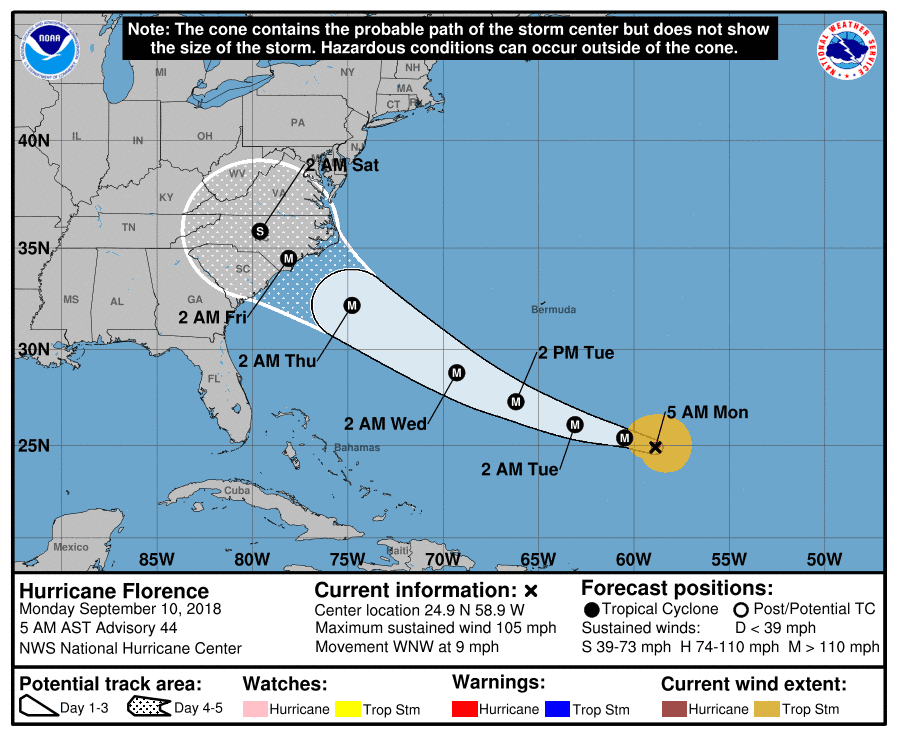 Hurricane Florence is poised to strike the southeastern United States as a major, possibly Category 4 hurricane sometime later this week.

Writes TWC: “The key to Florence’s path hinges on the strength and westward extent of a dome of high pressure aloft, which is developing and will  strengthen north of Florence over the western Atlantic Ocean Monday and Tuesday. That bullish high-pressure ridge is expected to be strong enough and far enough west to push Florence to the Southeast coast. Where Florence turns northward around the western periphery of that high-pressure system will determine what part of the coastline experiences the worst wind and storm-surge impacts typically near the eye. The National Hurricane Center is forecasting Florence to be a major hurricane (Category 3 or 4) when it arrives at the Southeast coast Thursday.” 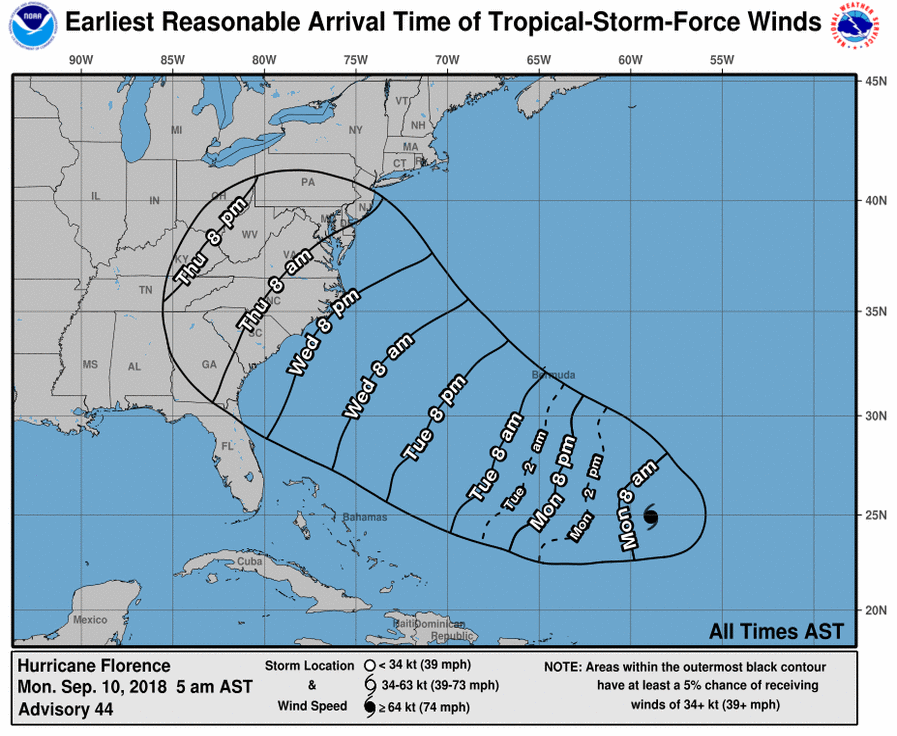 Accuweather adds: “If the high weakens, Florence will make a quicker turn to the northwest and may skirt the coastline between the Carolinas and Virginia without making landfall.If the high remains strong, Florence will take a slower turn to the northwest and be guided into the Southeast coast, possibly making landfall somewhere between Georgia and North Carolina. Regardless of which scenario pans out, Kottlowski is concerned that Florence will slow down and possibly stall near or inland of the coast, potentially leading to a life-threatening flooding situation. Rainfall amounts could be measured in feet over part of the Carolinas and Virginia if such a scenario pans out. Major and even life-threatening flooding can occur. This heavy rain and flood threat could even extend farther north and west into parts of the mid-Atlantic states and Appalachians.” 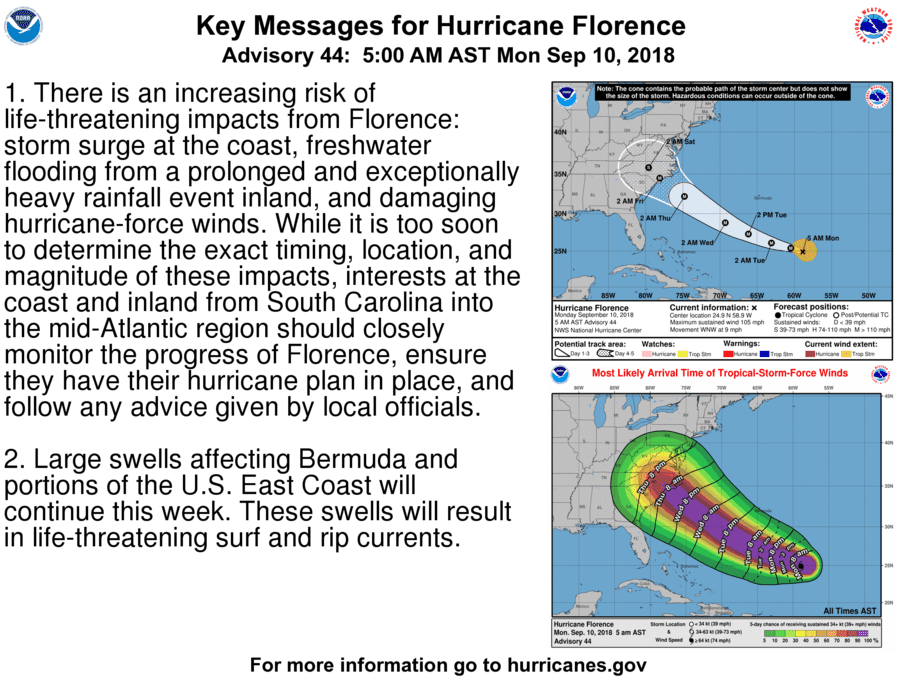