JEFF FLAKE. Outgoing GOP Senator says Kavanaugh vote will be forever steeped in doubt: “Many members of this body, from both parties, have already made up their minds, on the record, in advance of this hearing. They will presumably hear what they want to hear and disregard the rest. One is tempted to ask, why even bother to have a hearing?” Flake asked on the Senate floor. “I do not know how I will assess the credibility of these witnesses. These human beings, on the grave matters that will be testified to … I will have to listen to the testimony before I make up my mind about the testimony.”

JULIE SWETNICK. Kavanaugh statement: “This is ridiculous and from the Twilight Zone,” Kavanaugh said in a statement provided by the White House. “I don’t know who this is and this never happened.”

1,600 MEN. New York Times ad taken out by male allies of Christine Blasey Ford. “The advertisement closely echoes the message of a similar one placed in The New York Times in 1991, which featured 1,600 women in support of Anita Hill, the woman who accused then-Supreme Court nominee Clarence Thomas of sexual harassment in the 1990s.”

In 1991, 1,600 African-American women took out a full-page ad in the @nytimes to show support for Anita Hill.

In today's NYT, 1600 male allies, in a crowdfunded effort, place a full-page ad in support of Anita Hill and Christine Blasey Ford.https://t.co/EA6ojVD8mP pic.twitter.com/Z32SoTBiih 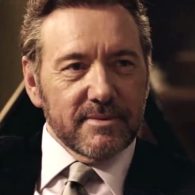 DAME JUDI DENCH. “I can’t approve, in any way” of cutting Kevin Spacey from films over his alleged sexual assaults.

MICHELLE BACHELET. UN’s top human rights official urges countries to decriminalize homosexuality: “More than 70 countries criminalise consensual same sex relationships, and also criminalise transgender people based on their appearance. These laws subject LGBT people to long prison sentences, and in some cases physical punishment. They also implicitly encourage prejudice, hatred and violence. But laws can change. In India, we have just seen a landmark decision by the Supreme Court, decriminalising same-sex relationships. This important discussion is taking place all over the world. Not only in Europe and North America – it is moving forward in Africa, in Asia, in the Americas, in the Caribbean and in the Pacific.” 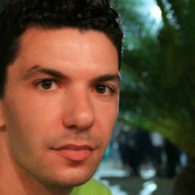 ZAK KOSTOPOULOS. Jeweler arrested for kicking gay activist to death released on bail: “The shop owner, who faces criminal charges of inflicting lethal harm resulting in death and misdemeanor charges of grievous bodily harm, was ordered not to leave the country and report to a police station once a month.”

ANDREW GILLUM. Billionaire Tom Steyer will spend more than $5 million boosting Florida Democrat: ‘The campaign between Mr. Gillum, who is the progressive mayor of Tallahassee, and Representative Ron DeSantis, a conservative lawmaker who has aligned himself closely with the White House, has become one of the clearest contests of strength nationwide between the Democratic Party’s rising liberal wing and the Republican Party as President Trump has reshaped it. Mr. Steyer, who is based in California and has crusaded since last year for Mr. Trump’s impeachment, said in an interview that he would spend more money in Florida this fall than any other state.’

FRANKIE GRANDE. On his new LGBTQ anthem “The Mad Ones”.

PAUL MCARTHUR. Missoula, Montana newspaper dumps new publisher over disgusting social media remarks: ‘Within hours of news reports about McArthur’s appointment Tuesday, his past tweets and Twitter “likes” on topics ranging from the news media to Islam to the weight of flight attendants were being widely shared — and criticized — on social media. McArthur “liked” tweets posted by conservative commentators criticizing mainstream news coverage as unfair or inaccurate, including a quote from Dinesh D’Souza that “the press isn’t so much the enemy of the people, more that it’s the enemy of the truth.” He also used his personal Twitter account to say: “They changed name from stewardess to flight attendant and all ‘stewardesses’ became mean, fat, old, ugly and/or gay – weird, huh?”’

RHYTHM IS A DANCER. Prince George.

TRAILER OF THE DAY. Creed II.