GEORGIA. Governor Nathan Deal declares state of emergency. “The state is mobilizing all available resources to ensure public safety ahead of Hurricane Florence,” said Deal. “In light of the storm’s forecasted southward track after making landfall, I encourage Georgians to be prepared for the inland effects of the storm as well as the ensuing storm surge in coastal areas. GEMA/HS continues to lead our preparedness efforts as we coordinate with federal, state and local officials to provide public shelter and accommodate those evacuating from other states. Finally, I ask all Georgians to join me in praying for the safety of our people and all those in the path of Hurricane Florence.”

TRUMP TOWER MEETING. Was followed by strange financial transactions: “Now, four federal law enforcement officials told BuzzFeed News, investigators are focused on two bursts of transactions that bank examiners deemed suspicious: one a short time after the meeting and another immediately after the November 2016 presidential election. The first set came just 11 days after the June 9 meeting, when an offshore company controlled by Agalarov wired more than $19.5 million to his account at a bank in New York. The second flurry began shortly after Trump was elected.”

$895 BILLION. Federal deficit soars. “The federal budget deficit was $895 billion for the first 11 months of fiscal year 2018, the Congressional Budget Office estimates, $222 billion more than the shortfall recorded during the same period last year. Revenues were 1 percent higher than in the same period in fiscal year 2017, but outlays rose by about 7 percent.” 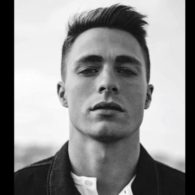 WORKING THINGS OUT? Colton Haynes and Jeff Leatham’s marriage may be on the mend.

FULL DISCLOSURE. Stormy Daniels publishing tell-all in October: ‘Daniels made the announcement on The View, telling the hosts that the book will be called “Full Disclosure” and that she will share more details about her interactions with Trump. “Yes. It’s full disclosure. That’s why I named it that,” Daniels said, when asked by co-host Joy Behar whether the memoir will dish about the night she allegedly spend with Trump in a hotel room in 2006.’

FLORIDA. Andrew Gillum leading Ron DeSantis by four points in new poll. “The poll’s relatively small number of respondents also means you should take it with a grain of salt. Still, it’s noteworthy that the Chamber, which leans Republican, put out a poll that shows the Democrat, Gillum, ahead.”

POSSIBLE PLEA DEAL? Manafort still in talks: “President Trump’s former campaign chairman Paul Manafort is in talks with the special counsel’s office about a possible plea deal, according to two people with knowledge of the discussions. The people, who spoke on the condition of anonymity to ­describe the conversations, cautioned that the negotiations may not result in a deal with special counsel Robert S. Mueller III, who is prosecuting Manafort for alleged money laundering and lobbying violations.”

DE LA HOYA 2020. Oscar de la Hoya says he’s considering running for president: “I am actually very, very serious and I strongly feel that if a Kanye West can do it and announce and maybe tease the world that he would maybe one day wanna run for president, why not me? I’ve had literally, over the years, ever since I became a professional in boxing, I’ve had millions of people tell me, ‘Look, why don’t you represent? Why don’t you stand up and have a bigger voice?’ And obviously, the biggest voice you can have is being president.”

JEFF FAGER. 60 Minutes producer out following sexual assault charge. “I was shocked,” Johansen said. “His hand should not be anywhere near his intern’s ass.”

INDIA. Economy to benefit with legalization of gay sex: ‘opportunity to profit from the ruling, which allows businesses and government to tap into the so-called “Pink Economy”. The city of Mumbai will also benefit as it competes with other Asian financial hubs for talent, particularly following a July court ruling in Hong Kong that grants visas to spouses of gay expatriate workers, putting pressure on other centers to introduce inclusive policies.

BEARD BEEF OF THE DAY. Stephen Colbert and Alex Trebek.

DOMESTICATED ANIMAL OF THE DAY. Foxes.

TRAILER OF THE DAY. The Coen brothers’ The Ballad of Buster Scruggs.