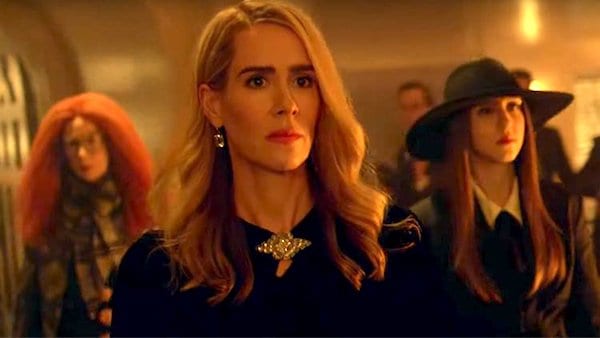 Jenny From the Block crowns the winner of season 2 of World of Dance Wednesday at 9 p.m. Eastern on NBC. Lopez joins her fellow judges Derek Hough and Ne-Yo, along with host Jenna Dewan.

The latest installment of Ryan Murphy’s spooky series drops Wednesday when American Horror Story faces the Apocalypse. A mash-up of two of the anthology’s strongest seasons (Murder House and Coven), expect to see a lot of familiar faces from past stories.

You’d think a true crime satire about a high school student spray painting penises on parked cars wouldn’t be a Peabody Award-worthy artistic achievement. And yet, Netflix’s American Vandal won everyone over with its razor-sharp first season. It’s back with new episodes (and a new case) Friday.

Out actor Zachary Quinto investigates the Lost City of Atlantis in the first-season finale of In Search Of, Friday at 10 p.m. Eastern on History Channel.

The Bellas are mouthing-off again in the third installment of the Pitch Perfect series. Returning favorites Anna Kendrick, Rebel Wilson and Anna Camp will take the stage again. Catch it at 8 p.m. Eastern on HBO.

Previous Post: « Lady Gaga Loses It as Cast and Audience Give Her Standing Ovation for ‘Star is Born’ Performance: WATCH
Next Post: Trump Lauds Himself for ‘Incredible Unsung Success’ of Puerto Rico Hurricane Response: ‘One of the Best Jobs That’s Ever Been Done’ – WATCH »