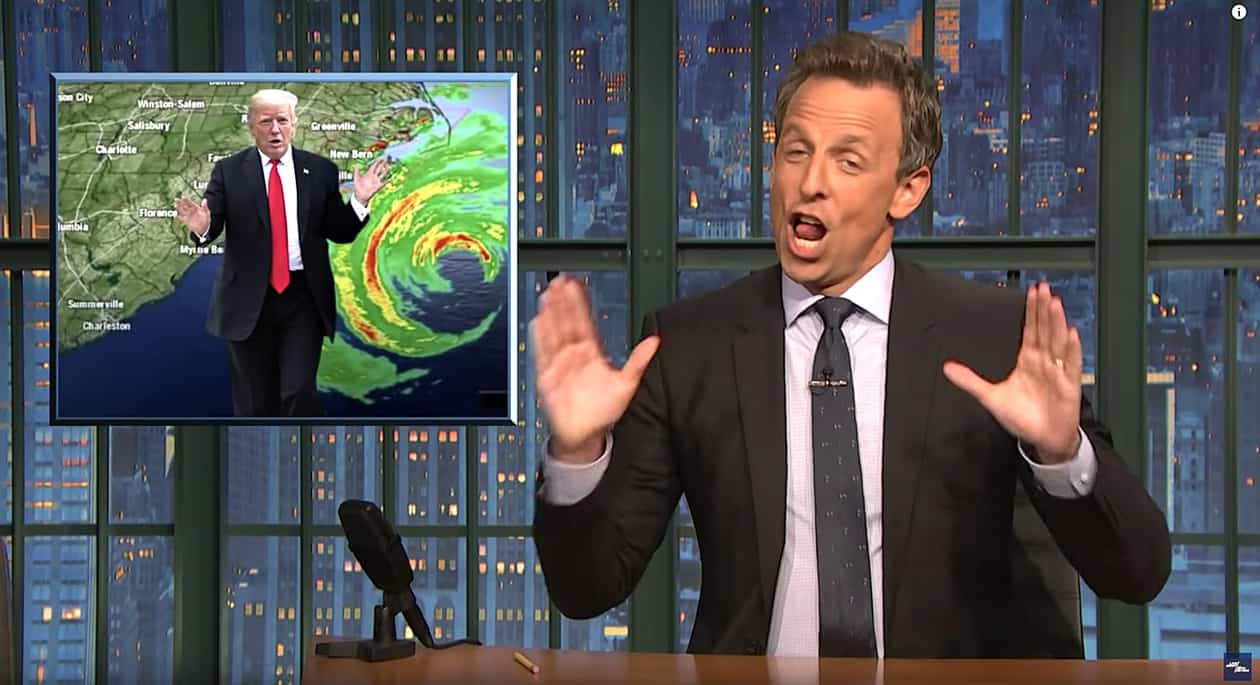 Seth Meyers took ‘A Closer Look’ at Donald Trump’s astonishing responses to recent Hurricanes Florence and Maria. Meyers started off by looking at the bonkers video Trump posted of himself to assure people in the way of Hurricane Florence that the government was prepared to take action.

Quipped Meyers: “That video is like a local news report where the meteorologist called in sick, and the sports guy had to fill in at the last minute…If you want people to take your message seriously maybe have higher production value like a mid-level YouTube star.”

Meyers then turned to Trump’s astonishing tweets in which he denied that 3,000 people died in the aftermath of Hurricane Maria, mostly due to his neglect.

“That’s the official death toll, you lunatic! Now we know why he’s so orange, his brain is just melted pumpkin guts. We don’t need a book. We don’t need an anonymous op-ed to tell us that the president is a narcissist who peddles one conspiracy theory after another. He said the first black president wasn’t born here, said 3,000,000 voted illegally, said Muslims celebrated on 9/11, and thinks he could get superpowers from staring directly at the sun.”

Meyers then went on to talk about the situation in the midterms.