PAUL MART. Co-founder of Gay Games dies at 100: ‘Mr. Mart, a gay man, died of natural causes in his sleep Thursday, October 18, in his Palm Springs home at the age of 100. Mr. Mart was a Hollywood stuntman, rode in rodeos, and was an undercover agent during World War II. During his involvement with the Gay Games, he would pepper his conversations with fellow volunteers with war and travel stories. Gay and lesbian sports leaders reacted with sadness at Mr. Mart’s passing.’

Clearly #45 memory is fading fast… He ALWAYS used his personal iPhone in WH for calls even after being told over and over again about the security risk. He disliked his secure gov issued cell- he said it was slow and “buggy” pic.twitter.com/k3ZruFWGzS

KHASHOGGI. Saudis admit killing of journalist was premeditated: ‘The latest change is likely to cast further doubt on the kingdom’s explanation of what happened to Mr. Khashoggi. Saudi Arabia’s narrative has already been met with widespread skepticism, not least by President Trump, who called it “one of the worst in the history of cover-ups.”’

FRANK BRUNI. Donald Trump’s gay amnesia: “As your president,” Trump thundered, “I will do everything in my power to protect our L.G.B.T.Q. citizens from the violence and oppression of a hateful foreign ideology.” He enunciated that consonant cluster with extra crispness, as if especially proud of himself. You can listen here. The audience applauded, prompting him to add: “I have to say, as a Republican, it is so nice to hear you cheering for what I just said.”

NYC. Police seek man who used gay slurs, threw liquid on man in Chelsea: ‘The homophobe approached a 19-year-old man in an Eighth Avenue Duane Reade near W. 17th Street on July 18 at 7:15 p.m. and called him a “faggot,” a police spokesman said. When the victim fled the store the man followed him and continued to yell gay slurs at the teen. The rattled victim turned and peppered sprayed the man, who splashed the teenager’s face with an unknown before running east on W. 17th Street, authorities said.’ 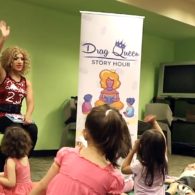 DRAG QUEEN STORY HOUR. Judge rejects conservative request to halt the Houston event: ‘Chief U.S. District Judge Lee H. Rosenthal put it simply in her four sentence order, issued just days after the lawsuit — blasting gay marriage and transgender public events— was filed against Mayor Sylvester Turner and Rhea Lawson, the head of the city’s library system. The judge explained the four litigants applied for injunction to halt the story hour on the grounds that it violated the freedom or religion clause in the Constitution and said, “There is no basis to support the requested relief. The application is denied.”’

TO BACHELORETTE PARTIES WHO CHOOSE GAY BARS. An open letter: ‘Put down your vodka crans, take off those penis hats and listen up. I have a simple request for you: “Can you please leave?”’

JARED POLIS. Will he be the first openly gay person elected governor in the U.S.? “The Colorado Democrat is consistently 7points ahead in the polls and has thus far spent more than $20 million of his own fortune to boost his campaign. The Republican nominee, State Treasurer Walker Stapleton, has spent just $13 million in total. And of course, Polis has plenty more to spend — he’s the third-richest member of Congress, according to Forbes, and his fortune clocks in at over $300 million.”

RUPERT EVERETT. On playing Oscar Wilde: “Oscar Wilde, for me is a kind of patron saint figure, almost actually a Christ of the gay liberation movement,” Everett said in an appearance on “Popcorn with Peter Travers.” “And since I’m a part of that, and it’s been a part of my career and I’ve been a gay man negotiating a career in a largely heterosexual boys club, he’s been for me a kind of Christ figure. And I felt that’s what I could really put everything in myself into when I made a film, this kind of passion of Oscar Wilde really, which is what my film is.”

PHILADELPHIA. Gay immigrant freed after ICE arrest: ‘Jose “Ivan” Noe Nuñez Martinez, a gay Mexican man taken into custody in January as he met with federal immigration authorities in West Philadelphia to try to resolve his status, was poised to walk out of a detention center on Wednesday after winning the opportunity to post bail. The $10,000 bail was in the process of being paid, and Nuñez Martinez would probably be leaving the York center Wednesday night or Thursday morning, according to his lawyer, Audrey Allen.’

LIFE THREATENING RESCUE OF THE DAY. A man tries to cut ropes off a whale while his friend yells.

TRAILER OF THE DAY. The Marvelous Mrs. Maisel Season 2.

Previous Post: « Megyn Kelly Out at NBC After Defending Blackface, Will Collect $69 Million Paycheck: REPORT
Next Post: Matthew Shepard’s Ashes to Be Interred at National Cathedral This Morning »