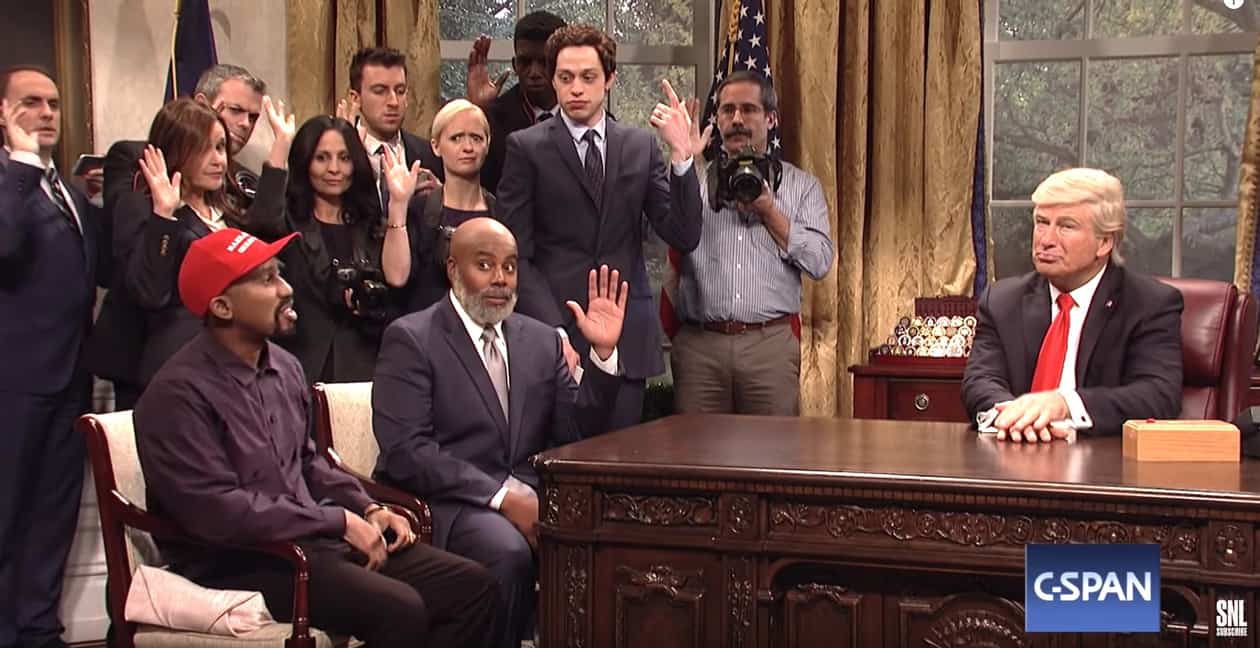 Saturday Night Live opened by tearing apart this week’s Kanye West visit to the Oval Office for what Alec Baldwin’s Trump described as a “serious private conversation between three friends plus 50 reporters with cameras that is in “no way a publicity stunt.”

Baldwin’s Trump kicked off the conversation: “Kanye, I want to thank you for giving me a pair of your sneakers. They’re perfect for me because they’re white, they’re wide and they’re never gonna be worth as much as you say they are.”

As Chris Redd’s Kanye began his rant, Baldwin’s Trump launched into an inner monologue: “Oh, this guy might be cuckoo. I was in a room with Dennis Rodman and Kim Jong-un and they made a lot more sense than him. This guy makes Brett Kavanaugh seem cool and collected….He doesn’t stop. He doesn’t listen to anyone but himself. Who does he remind me of? Oh my god, he’s black me!”

That was a sentiment echoed in the conclusion of the sketch as well, in which Trump’s Baldwin came to terms with that assertion: “I love you Kanye, we have a lot more in common than people know: We’re both geniuses, we’re both married to beautiful women and we’ve both definitely been recorded saying the n-word.”