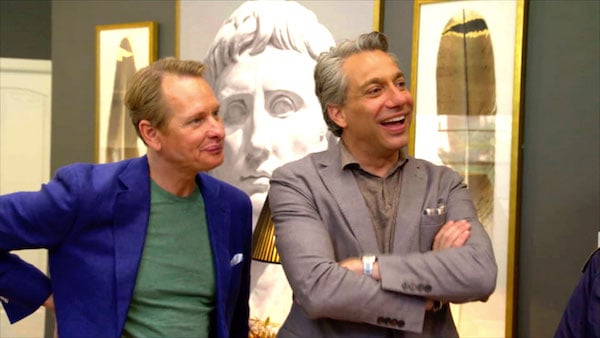 Ding dong, the witch is dead! Roseanne is gone, but The Conners live on in this … I don’t know, spin-off? Reboot? Lanford’s favorite family carries on without their MAGA-loving matriarch Tuesday at 8 p.m. Eastern on ABC.

We were ready to write-off this season of American Horror Story, but the return of characters from Coven has us excited all over again. (Plus, the delightful Billy Porter feels right at home in the American Horror Story universe.) This week, Porter’s wise warlock joins Madison Montgomery (Emma Roberts) for a trip back to season one’s titular Murder House. Spooky! Wednesday at 10 p.m. Eastern on FX.

The first season of Netflix’s Making A Murderer was a high-water mark for the true-crime docuseries drama. Now, they’re back on the case, trying to prove Steven Avery’s innocence. Crack open the case with a new season Friday.