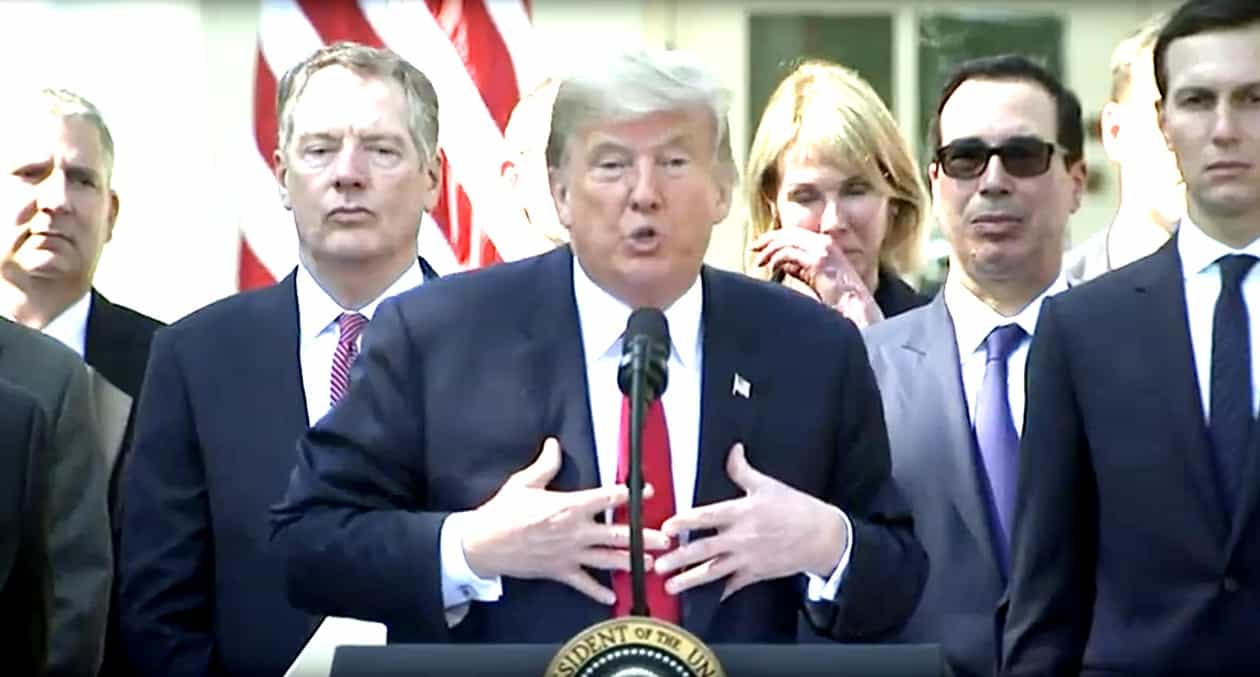 In response to a question from reporters about Brett Kavanaugh’s drinking habits, Donald Trump defended the judge and said he had “compromising” info on a Democratic senator. Trump also claimed to be a teetotaler.

Trump also claimed he had never had a drink: “I was surprised at how vocal [Kavanaugh] was about the fact that he likes beer, and he’s had a little bit of difficulty, I mean he talked about things that happened when he drinks. This is not a man that said that he was perfect with respect to alcohol…I’m not a drinker. I can honestly say I never had a beer in my life. It’s one of my only good traits. I don’t drink. I never had a glass of alcohol. I never had alcohol. For whatever reason. Can you imagine if I had? What a mess I’d be. I would be the world’s worst. I never drank. I never drank.”