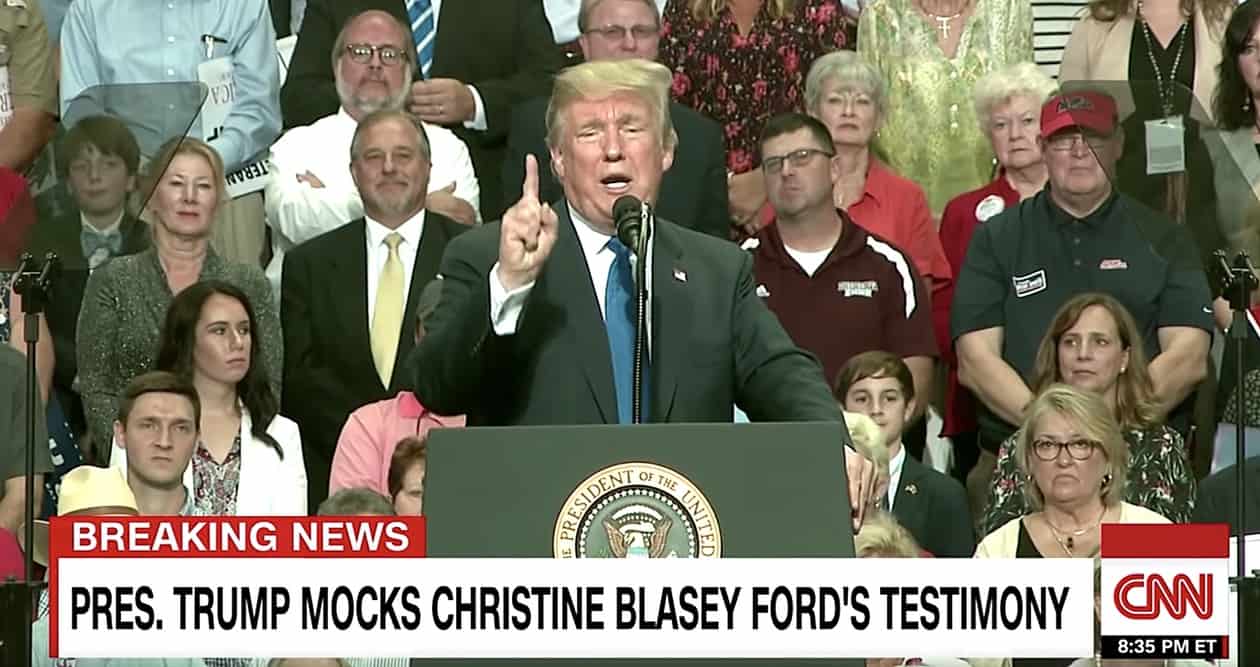 Donald Trump mocked Kavanaugh accuser Christine Blasey Ford’s testimony last night at a rally in Mississippi, casting doubt on her memory and accusing her of leaving “a man’s life in tatters.”