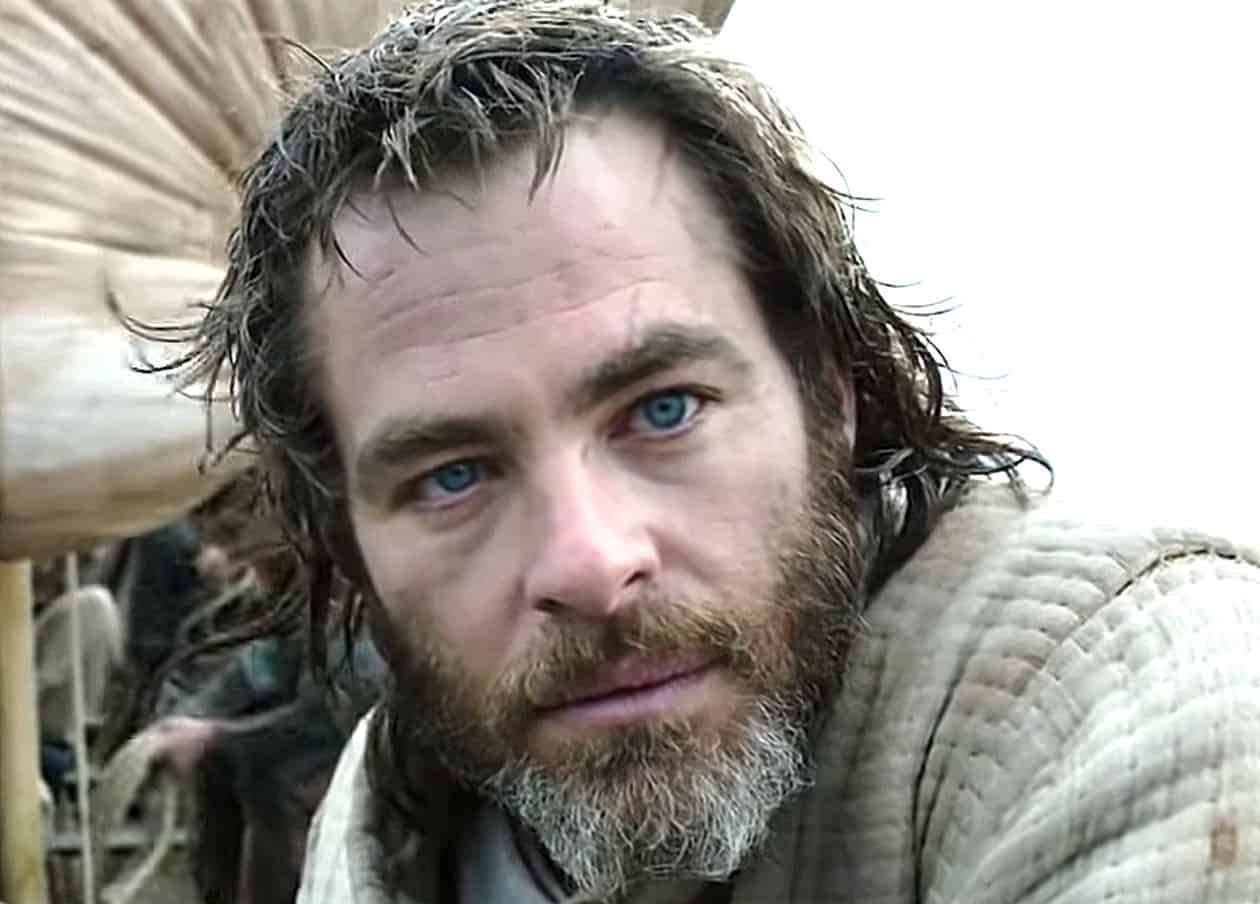 Much headline e-ink has been spent on Chris Pine’s full-frontal in the new Netflix film The Outlaw King and there’s finally a whole review devoted to his “fleshy unicorn.”

Writes Priscilla Frank at HuffPost: “We’re in a Scottish marsh. Bubbles are bubbling up to the water’s edge, as bubbles do. All of the sudden, a man emerges from the sea’s depths. (It’s happening!) It’s Hollywood leading man Chris Pine and his handy dong! Pine shoots out of the sea like a dolphin at Sea World, spewing water from his mouth like a walrus (also at Sea World). Sadly, some of these droplets obscure the view of his physical form, which is already being shot from very far away. But onward I pressed. Pine pants heavily, as if he’s just challenged himself to an underwater endurance contest and needs a moment to recover. In the meantime, the camera pans out to reveal some of his Scottish buddies hanging out by the fire. ‘I decided to come out in the open,’ Pine says, all too perfectly. And scene.”

Adds Frank “If anything, all the hullabaloo over Pine’s nudity makes more clear a double standard that women can only satirize at this point, because what else can we do??? Even a flash of dick, glimpsed from a distance, is enough to trigger the headline “Some More Chris Pine Dick News.” And I welcome that. Because until men and women in Hollywood operate under the same set of standards governing nudity, I refuse to stand idly by and not say something about Chris Pine’s dick.”

Pine too talked about the double standard in an interview with E! News about his exposed trouser snake: “There’s certainly a double standard, because nobody would talk about it if it were a woman. I would say, ‘Why? Because women are expected to do it and men aren’t? Why aren’t men expected to do it? Why haven’t men done it before? Does it show vulnerability? Does it exhibit this vestigial, puritanical shame over the human body and human intimacy? Yet violence, self-flagellation and hurting one another we can do—because that’s what we’ve been taught culturally is OK?’ I don’t know. It certainly seems to be an odd thing.”

Pine also claimed “I don’t really give a s–t, quite honestly,” about all the hullaballoo. “I’m kind of embarrassed it actually has to be a thing to talk about.”

But then he continues to bring it up himself.

Pine told the BBC: “A lot has been made about me being nude, and quite honestly, I’m only naked for — it’s no Fassbender situation…I mean, I’d certainly match him.”

Pine told MTV News in September: “We’re trying to make a film about a man and it’s a man who happens to become king. And it’s a story about power and who has power and why and the world of power – all these really primal elements. And one of the primal elements is this is a film that takes place in the mud and the rain and there’s fire, there’s sex, there’s killing, there’s violence, there’s love, there’s all of it. All the things that make animals animals, and humans humans, and human animals…and that particular scene on this hero journey the man is stripped of everything and ends up in a cave in the darkest recesses of his mind and imagination, he’s wrestling, and the next scene he reenters life and becomes a new man. That was the idea behind it, but it’s a hell of a thing to see on a 40-foot screen.”

He talked about it more with The Hollywood Reporter: “There’s so much beheading in this, and yet, people want to talk about my penis. I think that says something about our society where people can get disemboweled but it’s the man’s junk that is of interest.”

Added Pine, when asked how he “geared up” for a day like that on set: “Well it was very cold, I remember, and it was on the side of a major highway, so it’s not exactly the elements I would choose myself. I’d choose some sort of hot tub in Bali, and less men probably.”