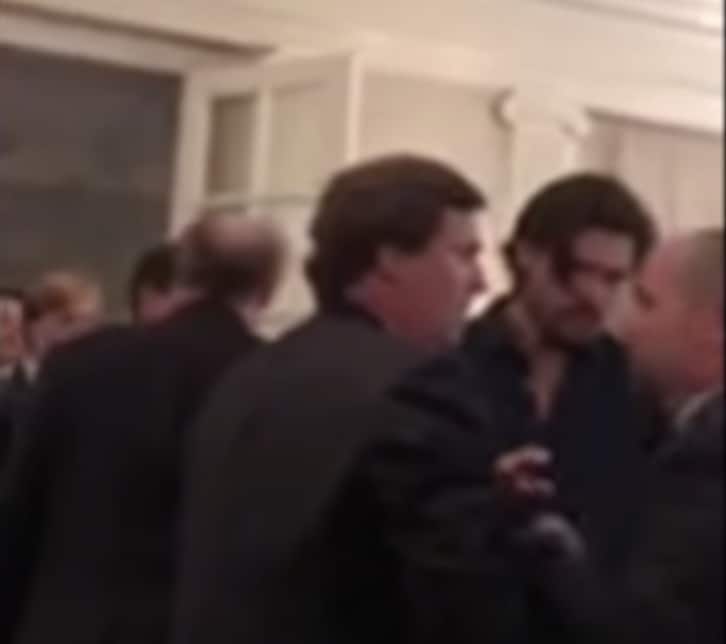 Attorney Michael Avenatti tweeted out a statement (below) from Granados along with a 2012 article about Granados and his husband Will Trinkle written after the couple filed a lawsuit against an athletic club in Roanoke, Virginia for discriminating against their family. They were successful in getting the club to change its policy.

Said Avenatti in the tweet: “The next time @TuckerCarlson seeks to attack someone and then lie about it, he better first do his homework about the person and their credibility. Juan is a leader in the community who has a history of standing up for what is right. He is a very good man.”

I am very active in the Charlottesville community and am involved in many charities and local organizations. I serve on the Boards of the Women’s Initiative, 2nd Street Gallery, and the Lighthouse Studio, and also serve on the Tom Tom Festival committee. I am a proud gay member of the Latino community and am also an immigrant. I obtained my U.S. citizenship in late September.

Tucker Carlson’s explanation of what transpired at the Farmington Country Club in Virginia on October 13 is a complete fabrication. Among the many lies contained in his statement:

1 – I NEVER called any member of his family any names. I never attacked his daughter as Tucker claims. I never called his daughter or son a “cunt” or “whore” or anything approximating that. I certainly never apologized for using those words or admitted to saying them because I never said them. Many witnesses support this fact. Tucker has created this story out of thin air – it never happened.

2 – Tucker’s daughter never “returned to the table in tears” as he claims. That too is a complete fiction.

3 – Tucker’s son and Tucker, together with the unidentified “friend,” were the aggressors that night as shown in the video. I never threatened any of them. When one views the video, you can clearly see whom is being aggressive. I am seated calmly.

I am confident that after a full and complete investigation, the truth will be known and Tucker’s version of events will be shown to be a complete fabrication.

Here is a statement from my client regarding the incident with Tucker Carlson and Tucker's fabricated version of events. As a father of two teenage daughters myself, I find it disgraceful that Tucker seeks to justify his behavior by falsely hiding behind his family. #Coward pic.twitter.com/j9uX7pRdyP

The next time @TuckerCarlson seeks to attack someone and then lie about it, he better first do his homework about the person and their credibility. Juan is a leader in the community who has a history of standing up for what is right. He is a very good man.https://t.co/E9JkGZtjru