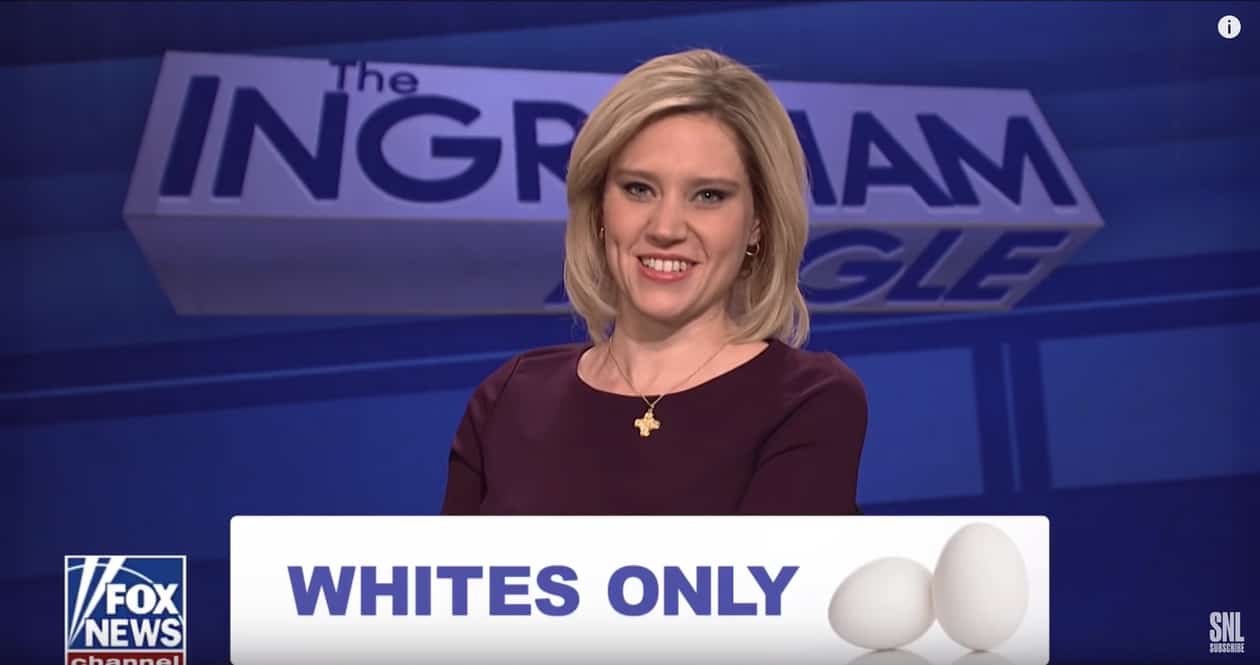 Launching the segment, McKinnon’s Ingraham noted that, among the news of the week, “celebrities in California are whining about a little fire, while the President is under constant attack from rain.”

She continued: “Let’s talk about the rampant voter fraud that allowed Democrats to literally steal the election. Some have claimed that suburban women revolted against the Republican Party, but doesn’t it feel more true that all Hispanics voted twice? You can’t dismiss that idea simply because it isn’t true and sounds insane.”

She then gave a few more examples of “Feel Facts” which “aren’t technically facts but they just feel true” like “Latinos can have a baby every three months”,”Santa is Jesus’s dad”, “If the earth is so warm, then why are my feet cold?”, “blackface is a compliment”, and “if you have less than five guns, you’re gay.”