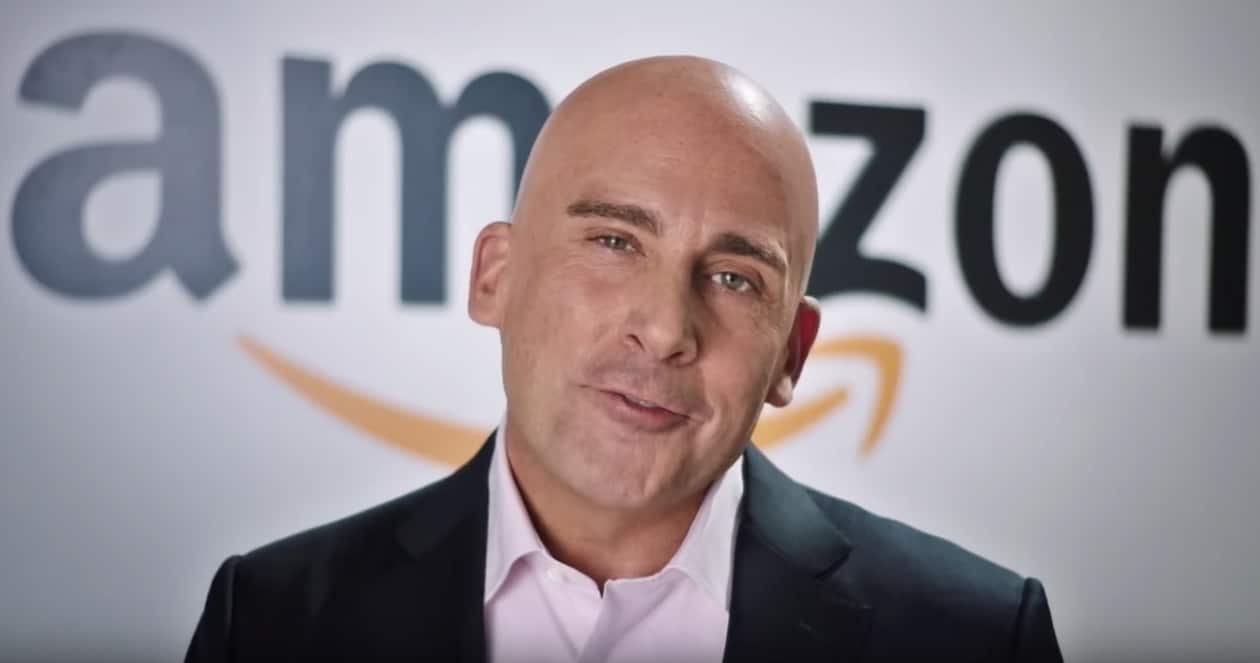 “As you know, Amazon just announced the location of its two new headquarters in New York and Virginia, and everyone — except for the people who live there and the people who live in all the places we didn’t choose — is thrilled,” said Saturday Night Live guest host Steve Carell as Jeff Bezos in a message from the Amazon CEO aimed directly at Donald Trump.

Carell’s Bezos said it’s not true, as many suggested, that he chose the locations simply to troll the president.

He said: “Some folks have speculated that I was somehow trolling President Trump by building one headquarters in his hometown of Queens and the other in his current residence of Washington DC, thereby overshadowing or humiliating him. But that’s simply not true. Sure, he attacked me repeatedly on Twitter. But I chose our new locations because they were ideal for growing business. Not just to make Donald Trump think about how I’m literally a hundred times richer than he is.”

Carell’s Bezos went on to introduce some of the company’s innovations: “I am here to announce a brand new delivery option — ‘Amazon Caravan’. Any package going to any Trump building will get delivered by hundreds of Honduran and Mexican immigrants.”

Except if it’s Trump’s book, The Art of the Deal.

“Because that costs more to ship, because it’s heavier,” Carell’s Bezos explained. “I guess it’s the only book with four chapter elevens.”

Carell’s Bezos then introduced the company’s new delivery drone, topped with a mop of orange hair: “The style of the hair is completely random. I just wanted something that looks so silly that everybody knows it was fake.

Carell’s Bezos offered his announcement in a corporate office hung with framed photos of Mario Kart’s Toad (aka Trump’s penis), and images of himself posing with a shirtless Vladimir Putin, Kim Jong Un, and Kanye West.

On a final note, Carell’s Bezos explained that the company’s new Virginia HQ will be close to Arlington National Cemetery, so Amazon employees can “pay our respects to fallen veterans, even when it’s raining outside.”