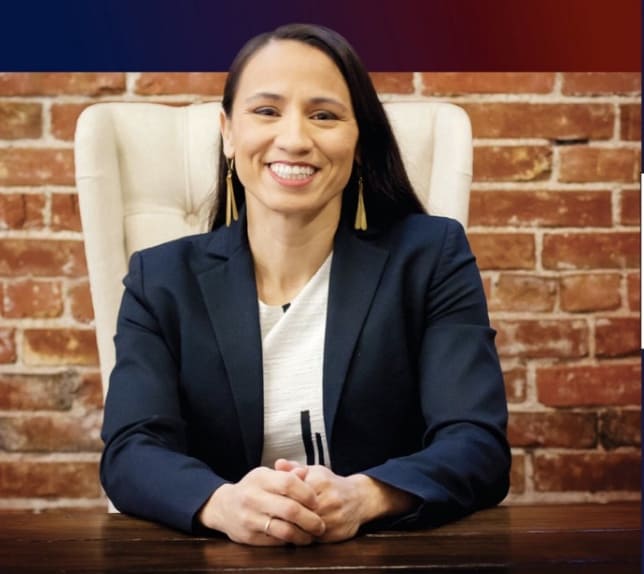 Sharice Davids has defeated Rep. Kevin Yoder, making history as the first Native American elected to Congress and the first LGBTQ person elected in Kansas at either the federal or state level.

From the Victory Fund: “Sharice Davids was raised by a veteran single-mother, her childhood was spent moving from school to school; it was an upbringing that made her smart, tough and compassionate. After studying at UMKC, Sharice earned a law degree from Cornell, and worked in community development at Pine Ridge Indian Reservation. In 2016, Sharice participated in the White House Fellowship Program during the Obama-Trump transition. This tumultuous experience reaffirmed her belief that competent, thoughtful people need to get political so that government is more representative of US citizens. When Sharice arrived back in Kansas, she became a spearhead in the fight for equality….Sharice announced her candidacy the day after the Florida school shooting, infuriated by the lack of action in Congress. As well as sensible gun control and equality, she is running on a platform of healthcare as a human right, climate change protections, and steadfast protection of human rights. Sharice defines her race’s focus as “opportunity, equity, and action”; as she is also a professional martial artist, we wouldn’t want to stand in her way.”