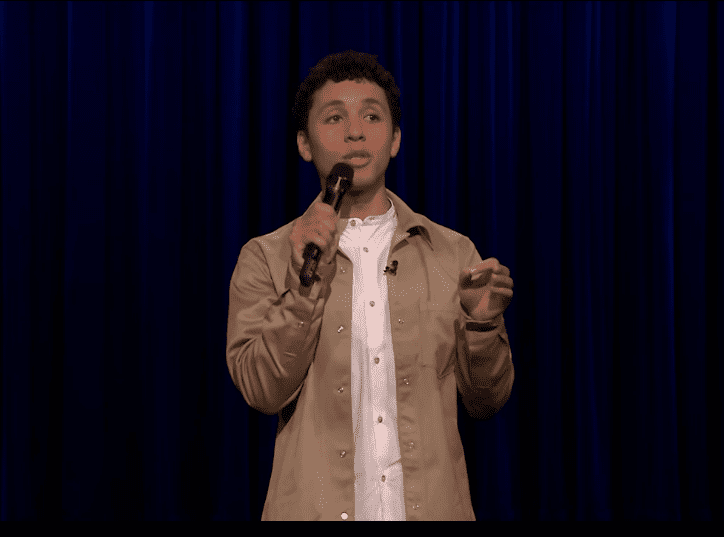 ICYMI one of the highlights of 2018 was when comedian and Daily Show correspondent Jaboukie Young-White returned to The Tonight Show Starring Jimmy Fallon last month. Young-White was following up his last appearance with jokes about how the show outed him to his parents and the coolest thing he learned in an MMA class.

He describes his Jamaican father as being a drama queen about it and jokes that when his younger brother came out as bi afterwards he was shocked  but also felt that it was “another person stealing my moment.”

He said,  “I’m gay and my one brother is bi and my other brother is straight — my mom’s womb was basically a gay dance club that became a foot locker.”

The 23-year-old, stand-up comic  rose to fame on Twitter, before bringing his sense of humor to The Daily Show, The Tonight Show Starring Jimmy Fallon, and a national audience.

What viewers didn’t know was that Young-White hadn’t talked to his family about his sexuality prior to the 2017 bit, and the comedian tweeted this after the segment aired:

i just came out to my parents on national tv lmao

Watch Jaboukie Young-White’s hysterical stand-up set in the video below.