In the first episode of Bryan Hawn’s newly launched BroScience YouTube channel he and co-star Vlad Parker set out to teach you how to lap dance. 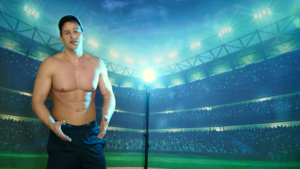 Brawn contacted Towleroad and said we inspired them to push their act further. So Parker strips naked for the 2nd episode of BroScience! “In this video, we give straight guys some very gay strategies on how to pick up girls,” Brawn told Towleroad, “Your readers will have their jaws dropped to the floor as  Vlad and I uncover some hilarious secrets to courting the female specimen.”

Decide for yourself below.