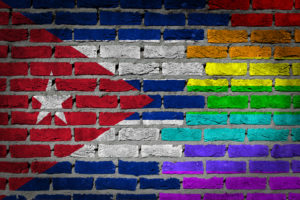 LGBT Cuban residents have been excited about the possibility of the legalization of gay marriage since Cuban president Miguel Diaz-Canel expressed he was in favor of the constitutional amendment back in September. Speaking in a television interview on TeleSur he said, “the approach of recognizing marriage between two people, without limitations, responds to a problem of eliminating all types of discrimination in society.”

Diaz-Canel went on to say “We’ve been going through a massive thought evolution and many taboos have been broken.”

The commission currently drawing up the constitution claims that the decision to strike the amendment was made in the interest of “respecting all opinions.”

The Cuban National Assembly tweeted that the commission proposed “removing the concept of matrimony from the project of the constitution as a way to respect all opinions. Matrimony is a social and legal institution.”

According to Gay Star News the assembly “furthermore tweeted that ‘Article 68 was the one most discussed by the people in the popular consultation, in 66 percent of the meetings (of citizen debate).”

“Of the 192,408 opinions, 158,376 propose replacing the measure now in force with the one proposed,’ they furthermore continued, as reported by local state-owned media.

The Catholic Church is powerful in Cuba and has said “the notion of same-sex marriage in Cuba was due to ‘ideological colonialism’ being imposed by richer countries.”

A final version of the new constitution will be put to a vote later this week before Cuban citizens have an opportunity to vote on the popular referendum on February 24 2019.