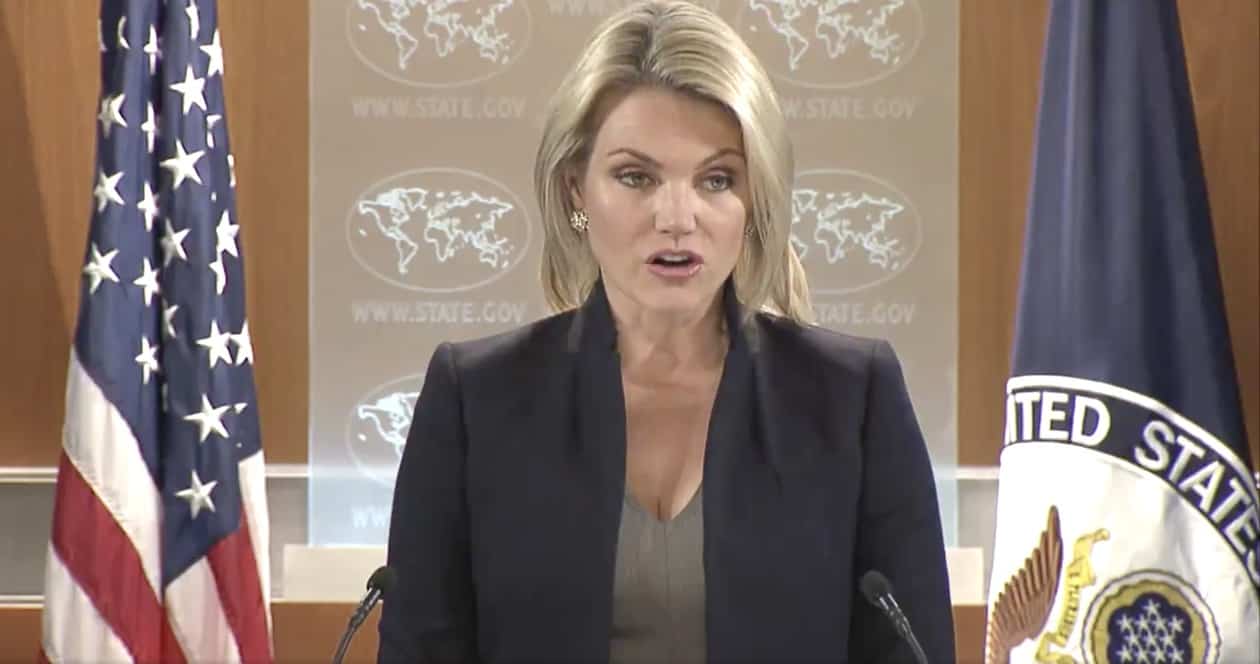 Bloomberg reported: “Nauert, 48, is an unusual choice for the UN role given that she had little experience in government or foreign policy before joining the administration in April 2017 after several years as an anchor and correspondent for Fox News, including on the “Fox and Friends” show watched by Trump. Haley also lacked foreign policy experience when she took the UN posting, but she had twice been elected governor of South Carolina.”

NPR added: “Nauert was camera-ready when she came to the State Department in April 2017, having worked at ABC and Fox. She never traveled with and was not close to her first boss at the department, former Secretary of State Rex Tillerson. With Mike Pompeo in charge of State, Nauert has been on the road much more. Yet she faced some criticism for a tourist-like Instagram post from Riyadh, Saudi Arabia, on a trip that was meant to focus on the killing of Washington Post columnist Jamal Khashoggi. There have been other missteps, including the time when she cited D-Day — the Allied invasion of Normandy against the Nazis — as an example of America’s strong relationship with Germany. She’s been a strong defender of Trump’s at the podium, something he has clearly noticed.”