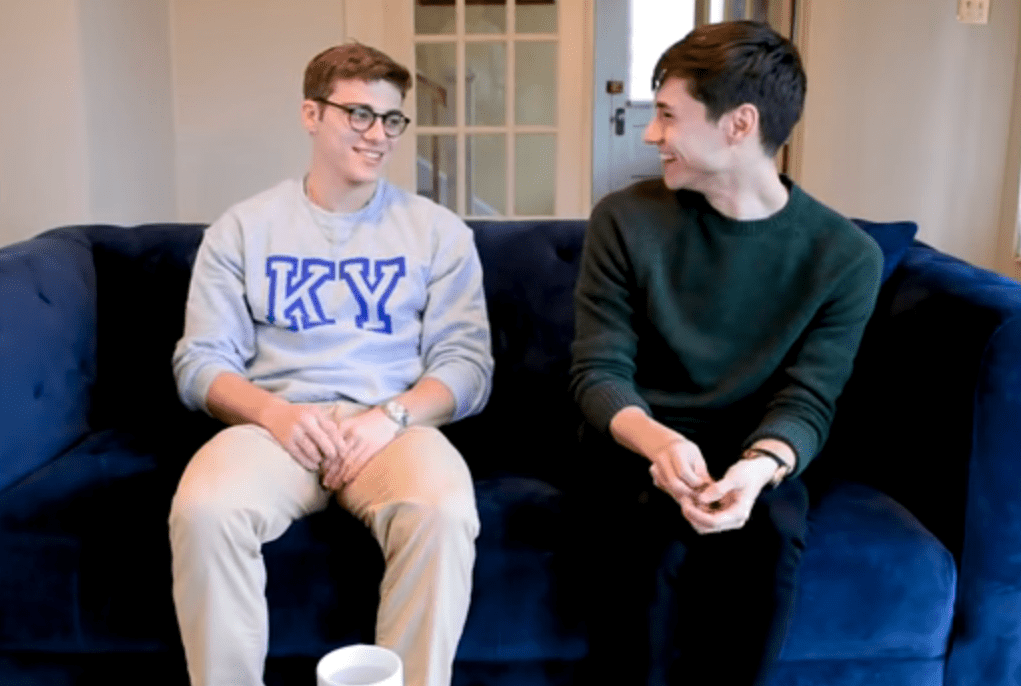 In a new YouTube video Mitchell says he met the 26-year-old hairstylist after DMing Alec on Instagram  in Phoenix, Arizona, while promoting his book His Own Way Out.

The two go on for quite a while talking about how much they both drank on their first date, their hopes for the future, and plans to move in together as well as confessing not being able to meet the other’s mom. “So we’re moving to LA and then we’re gonna become rich and famous and successful and travel the world,” Mitchell says.

The adult film star, known for his large intact member and signature spectacles, had complained in a video back in July of being lonely and the difficulty dating while doing adult movies.

In his loneliness video Mitchell said, “The first challenge has to do with finding people who are interested in me for me… not just for my fame.”

Wrote Mitchell in the video’s description: “I have had situations where I have been interested in someone, and we have been hanging out for a while, when they suddenly start asking me for a shout-out, or for me to promote this or that.”

“I’ve been out to the bars before and people will say things to me that, because I am a sex worker, they think it is acceptable to say to a total stranger,” he wrote in the text on the YouTube post. “Besides making me uncomfortable, if I am with someone who I am interested in, this can be a little embarrassing.”

Previous Post: « James Charles Wants You To Stop Coming To His House
Next Post: James Comey Rips GOP Cowards for Allowing Trump to Attack FBI and Rule of Law After House Hearing: WATCH »