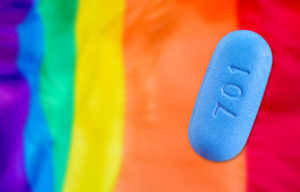 Citing a study in the  Journal of Acquired Immune Deficiency Syndromes AIDSMap recently reported that “Awareness and use of HIV pre-exposure prophylaxis (PrEP) among black gay, bisexual and other men who have sex with men (MSM) in the United States increased significantly between 2014 and 2017. The study also showed that PrEP was reaching individuals with high levels of sexual risk, sexually transmitted infections (STIs) and substance use, the very individuals most in need of this highly effective form of HIV prevention.”

However,  the report goes on to say:

HIV prevalence was significantly higher among PrEP users compared to individuals who were not on PrEP. The investigators stress this does not show PrEP failure but is likely due to factors such as poor medication adherence and lack of engagement with healthcare providers.

It is imperative to recognize that our findings reflect challenges to maintain proper usage of PrEP rather than biological failure of PrEP to protect against HIV,” write the authors. “HIV infections that have occurred among PrEP users are the result of suboptimal levels of drug concentrations because of challenges in adhering to PrEP medical regimens.”

Black MSM account for the largest proportion of new HIV infections in the US. If current epidemiological trends continue, 60% of black MSM will be HIV positive by the age of 40. Tackling the HIV epidemic among black MSM is therefore an urgent public health priority.

“The impact of HIV in the lives of Black gay men is as much a story of moral failure as policy failure,” Charles Stephens of the Counter Narrative told Towleroad.  “Any discussion around how HIV impacts the lives of Black gay men, must center racial justice. In the public health conversation, we are far too often blamed for the health outcomes we experience, rather than the failures of health care institutions. This has everything to do with race. Any programmatic, clinical or policy agenda to address HIV among Black gay men  must center our human dignity, be informed by our culture, address systemic barriers rather than individual behaviors, and resist deficit based messaging and pathological narratives about our community.”

Stephens added that he would caution against blaming Black gay men for “lack of adherence” and not sufficiently engaging healthcare providers, as to why the study found higher HIV prevalence among PrEP users compared to those not on PrEP . “We must ask harder questions of healthcare providers, including what efforts have been taken to eliminate institutional barriers to care for Black gay men. And are the service providers offering PrEP culturally literate on working with Black gay men?”