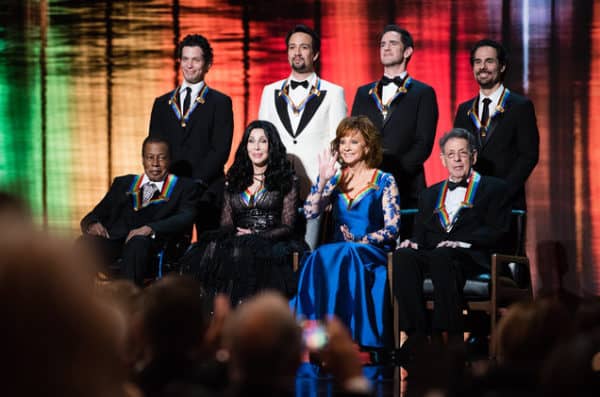 Who doesn’t love a parade? Whether you were naughty or nice this year, get your holiday kicked off with the Disney Parks Magical Christmas Day Parade Tuesday at 10 a.m. Eastern on ABC. There will be lots of performances from up-and-comers like Cierra Ramirez, Olivia Holt, Trevor Jackson and others that your nieces and nephews will probably have to identify.

Or, if you’re not feeling particularly festive, see if you get your heart to grow three sizes with annual viewing of the Christmas cartoon classic Dr. Seuss’ How the Grinch Stole Christmas, 8 p.m. Eastern Tuesday on NBC.

This year’s 41st Annual Kennedy Center Honors is set to get all the gays gagging Wednesday at 8 p.m Eastern on CBS. Not only are they honoring Cher with a tribute performance from Cyndi Lauper, but also Kelly Clarkson pays homage to honoree Reba McEntire with a performance of gay anthem “Fancy.” Other honorees include Philip Glass, Wayne Shorter and the creators of Hamilton.

What exactly does the Snatch Game of Love entail? Find out on a new episode of RuPaul’s Drag Race All Stars, Friday at 8 p.m. Eastern on VH1. (And catch up with our recaps here.)