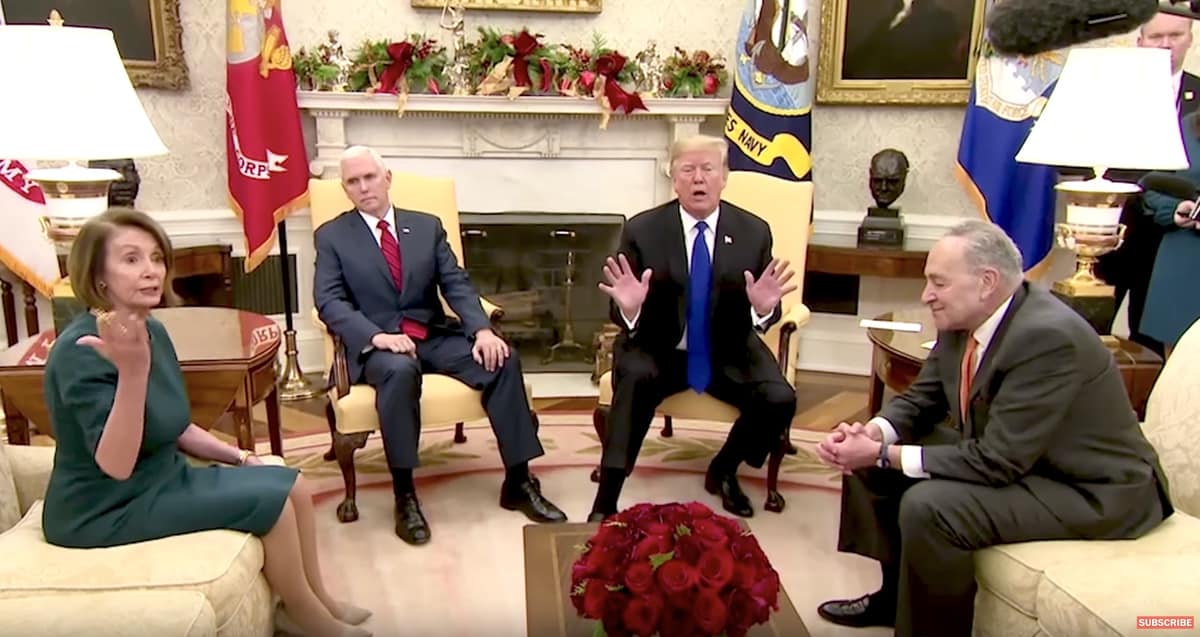 The curtain went up on a riveting piece of political theater Tuesday afternoon after what was supposed to be a convivial meeting between Donald Trump, Mike Pence, Nancy Pelosi and Chuck Schumer descended into an accusatory, finger-pointing sniping match.

Meant to show they could work together to resolve Trump’s threat of a government shutdown, the meeting served as a preview of what’s coming next year when Trump must face the Democratic House majority. As Pelosi and Schumer challenged Trump on his BS, the president grew weary and visibly frustrated and defensive.

And Trump stormed out afterward, according to MSNBC political analyst Eli Stokols: “He stormed out of the Oval, walked into an anteroom just off the Oval Office and had in his hand a folder of briefing papers. And he just scattered them out of frustration — threw them across the room. And expressed frustration to the people present, mainly about Chuck Schumer. His old New York sparring buddy, he felt, got the better of him.”

Here's @EliStokols's new reporting on how Trump "stormed out of the Oval" after his meeting with Pelosi & Schumer today #Hardball pic.twitter.com/VIR9Vq5vTW

Previous Post: « This Dance Routine to Soft Cell’s ‘Tainted Love’ is the Only One You’ll Ever Need: WATCH
Next Post: ‘Clueless, the Musical’ Can’t Capture the Movie’s Bite Off-Broadway: REVIEW »