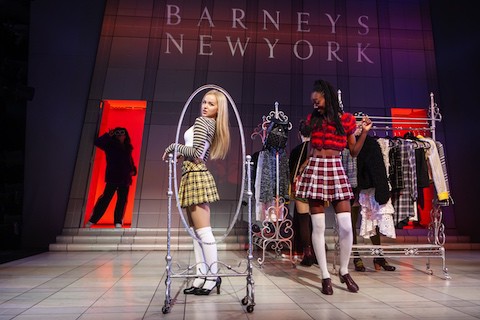 Amy Heckerling balanced satire on a razor-sharp edge in her 1995 film Clueless. The absurdity of its Beverly Hills excess is signaled from the very first line (“So you’re probably going, ‘Is this like a Noxzema commercial or what?’”), even while its warm-hearted characters — and especially Cher, played by Alicia Silverstone — easily win our sympathies.

Clueless was a hit because we all wanted to be the cool kids — and have permission to hate them just a little bit, too. 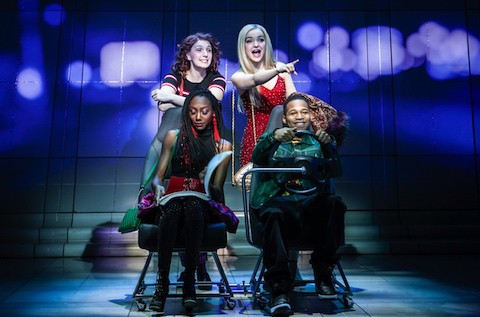 Much has changed in the two decades since the film’s release, as acknowledged at the outset of Heckerling’s saccharine and duly faithful musical adaptation, which opened off-Broadway tonight. “In the ‘90s, everything is awesome!” exclaims Dove Cameron’s Cher. “Fashions are fly, music rocks, the whole world loves America.” You can’t help but sigh as “Beautiful Life” by Ace of Base is co-opted to confirm those were indeed simpler times.

But nostalgia isn’t enough to sustain a whole musical, and Clueless goes as red in the face as Cher before a night alone with Christian trying to prove otherwise. 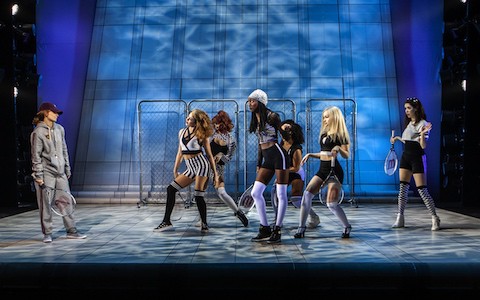 The musical banks foremost on audience affection for the film, which withstands the test of time as most era-defining classics do. But unlike other popular teen movies recently adapted for the stage, Clueless hasn’t undergone one of Cher’s transformative makeovers. Both Legally Blonde and Mean Girls, for example, arrived with original scores and adjustments in storytelling to help music drive the plot.

Heckerling’s adaptation includes rewritten lyrics to a dozen-plus ‘90s hits that accommodate the story without feeling essential to it. In doing so, she’s also ceded the specificity of tone that elevates the movie to pop songs that bring their own cultural connotations. While there are occasional inspired moments, such as Cher’s disastrous driving test set to 4 Non Blondes “What’s Up?,” pop singles often make for lousy musical theatre, laden with repetition and void of subtlety. This is particularly true of ‘90s tunes like “Barbie Girl” and “Bye Bye Bye,” despite being delightful vehicles for Kelly Devine’s propulsive choreography. 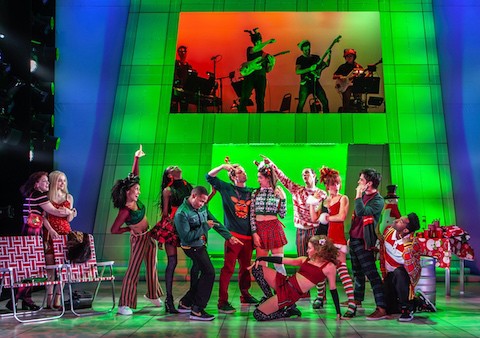 Most unfortunately, the satire Heckerling so perfected in the movie (based in part on Jane Austen’s Emma) has evaporated under the hot lights of the New Group production, directed by Kristin Hanggi. Perhaps Heckerling’s own love for her characters has overtaken what was, on screen, both a celebration of and sideways glance at the extremities of privilege. The frivolity and entitlement of Cher and her crew, no matter how benign, seem especially ripe for reexamination today, which makes the musical’s failure to do so all the more glaring. 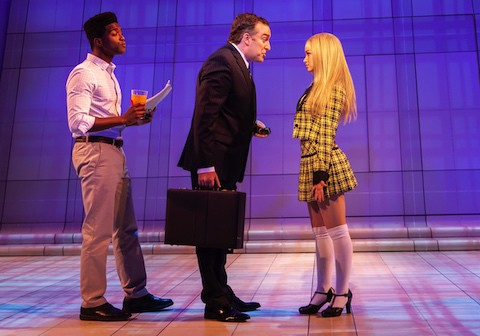 Cher’s turning over a new leaf culminates in a letter-writing campaign to alert local reps about contaminated water (“I’m sure they won’t miss one itsy bitsy product,” she replies when Josh points out what kind of corporate giant she’s up against). Even while making this small revision for contemporary resonance (one can’t help but think of Flint), the musical falls short of interrogating its own nostalgia. Cher is naive, yes, but her heart is like, totally in the right place and we can’t fault her for that. But more to the point — we were all naive back then. Two decades on, a reimagining of Clueless might have seized the opportunity to show us why. As is, the musical seems content for us to remain… well, clueless.

Recent theatre features…
Bryan Cranston Headlines a Bold but Bloodless ‘Network’ on Broadway: REVIEW
Broadway’s ‘The Cher Show’ Is a Feast for Fans and an Assertion of Legacy: REVIEW
Feel-Good New Musical ‘The Prom’ Wears a Big Heart on Its Puffy Sleeve – REVIEW
Broadway’s ‘American Son’ Starring Kerry Washington Is the Most Vacuous Kind of Race Play: REVIEW
Michael Urie and Mercedes Ruehl Lead Transcendent Broadway Revival of ‘Torch Song’: REVIEW
The Legacy of Gloria Steinem Burns Bright in ‘Gloria: A Life’ Off-Broadway: REVIEW
Stockard Channing and Glenn Close Make Magic of Maternal Strife Off-Broadway: REVIEW
‘What the Constitution Means to Me’ Is the Best Political Play of the Trump Era: REVIEW