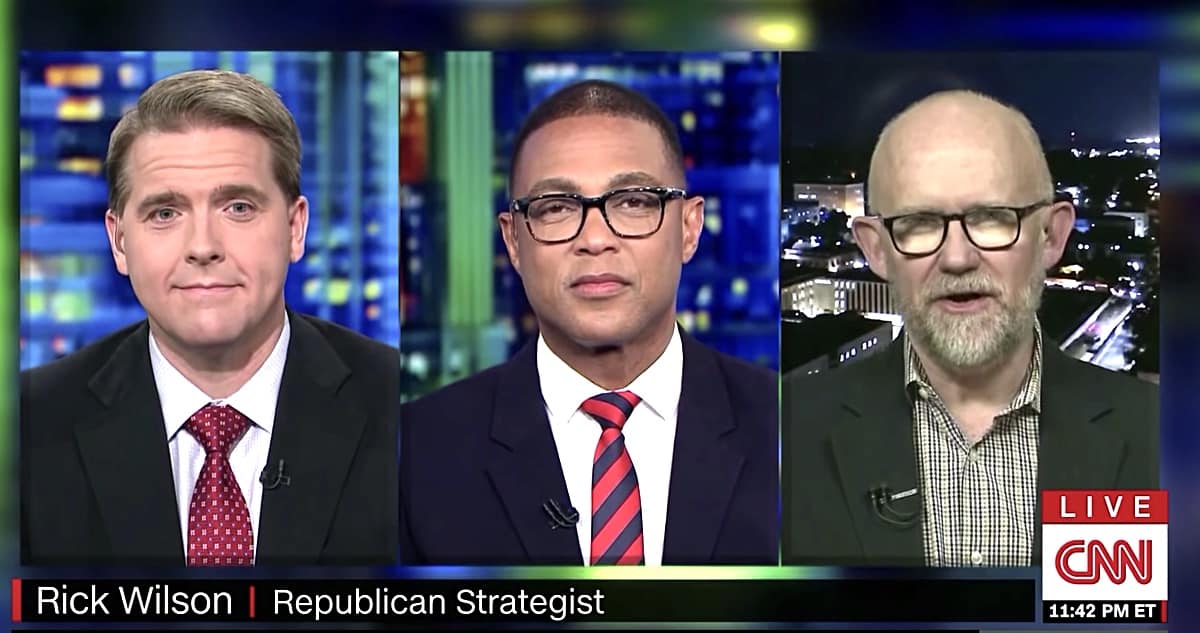 Immediately after the sentencing memos for Michael Cohen and Paul Manafort came down last night, Donald Trump sent out a tweet that capped an entire day of rage-tweeting about the Mueller investigation.

Republican Rick Wilson laughed: “I’m not sure Individual-1 understands exactly how the law works. Because just wish-casting yourself and saying ‘Oh, I’m cleared now, it’s all good’ is, you know, Donald Trump fabulism writ large. This is a guy who clearly spent the day in a growing state of anxiety and rage. I mean this morning was some classic rage tweeting. And you’ve got to imagine they were trying to beat the door of the john down trying to get the guy out so he’d stop tweeting this morning.”

Added Wilson: “This is not a well man, Don. This is a guy who honestly believes that he can change the fabric of reality and make the law go away by tweeting at it. There’s a lot of things today that are going to accrue in the assessment of Donald Trump including the fact for the first time the Department of Justice has said that Donald Trump asked his minion, Mike Cohen, to commit felonies. This is an ugly, bad, no-good day for Donald J. Trump.”

Previous Post: « Police Arrest Men Responsible for Stabbing Gay Couple Outside Their Vegas Apartment
Next Post: Kathy Griffin Meets Colbert for the First Time, Unloads About How the U.S. Government Treated Her: WATCH »