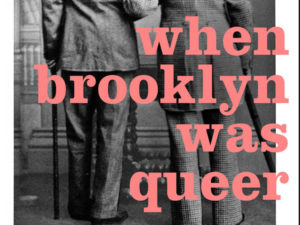 Hugh Ryan’s upcoming historical tome on the history of LGBTQ life in Brooklyn from the 19th century on is riveting reading and cinematic in scope.

Ryan’s history essentially starts in 1855 with the publication of Leaves of Grass by Walt Whitman.

A lot of people forget that Whitman, the grand daddy of American gay literature, made his home in Brooklyn and observed many facets of what gay life was like in 19th century in his writing. WH Auden, Truman Capote, and Christopher Isherwood all appear but really serve as a backdrop to the real stars: women like Alice Dunbar Nelson the Harlem Renaissance poet and the working class men and women who lived on the margins and  the constant influx of sailors that came through the Brooklyn Navy Yards. Ryan finds other documented stories of queer life in police records for sexual perversion and in the records of doctors who carried out  pseudo-scientific research on queer (especially trans) bodies.

Ryan told Towelroad, “The working class was more open to all kinds of non-marital sex, not just same-sex or gender nonconforming desires. Many of these communities were predominantly immigrant, and the ratios of men to women were all out of whack, making marriage less of an option. Men and women inhabited separate social spheres, and had little access to private spaces where they could meet together – but at places like the municipal baths or aboard ships, men (and to a lesser degree, women) had chances to gather together in semi-private places. Also, new ideas about sexuality-as-an-identity were more common among upper-class people, and those ideas gave an added level of risk to same-sex desires, because now not only were you participating in an activity that might be frowned upon, that activity defined who you were as a person.” 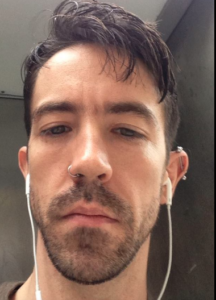 Ryan says the very richness of the queer history of Brooklyn was also a lesson in and of itself about the hiddenness of LGBT history, still to this day.

“To be honest, I wrote this book because I had a very basic revelation one day: though I had a degree in Women’s Studies, grew up the child of New Yorkers in the suburbs of New York City, had lived in Brooklyn for more than a decade, and had worked in the field of queer history for years, I knew absolutely nothing about the queer history of Brooklyn. I’d accepted that the story of queer New York revolved around Manhattan: Greenwich Village, Harlem, Chelsea, Times Square, etc. So discovering that there was (more than) enough history to fill a book was a real eye opener.” 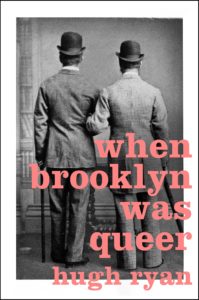 When Brooklyn Was Queer comes out in hardcover on March 5th.

You can pre-oder it here.

Previous Post: « Trump Fires HIV-Positive Air Men Right Before Christmas
Next Post: What Happens When We Run Out Of Firsts? »