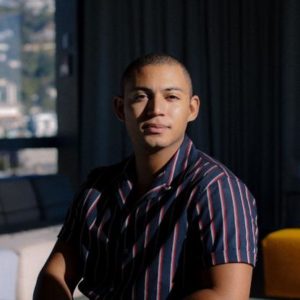 In a tweet, Into Editor-in-Chief Zach Stafford, announced that he would be taking the reigns over at legacy LGBTQ news magazine The Advocate.

I have been named the new Editor-in-Chief of The Advocate.

I am beyond thrilled to join a magazine that has been so vital to our community for over 50 years. Tomorrow I will be sharing a final editor's note on INTO with more details. https://t.co/I04o6kuRvI

It’s an interesting decision coming on the heels of Teen Vogue’s wunderkind Phillip Picardi taking over the reigns at Out magazine.

The 28-year-old Stafford would be the first Editor-in-Chief of color at the 50 year old magazine.

“Zach is a tenacious and talented risk taker, journalist and editorial leader who will help lead The Advocate to become the undisputed leader in the LGBTQ community for breaking news and in-depth reporting on the communities we serve,” Nathan Coyle, CEO of Pride Media, owner of The Advocate, told NBC News in an emailed statement.