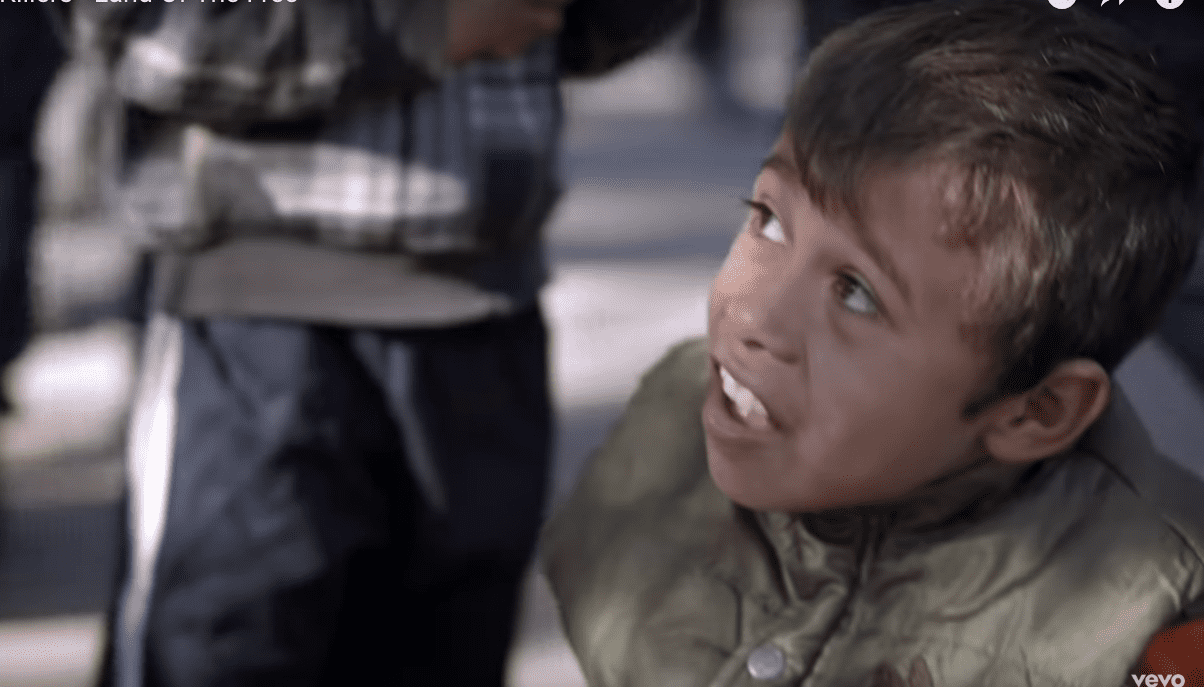 The Killers have released a new track, “Land Of The Free,” with a video by Academy Award-winning director Spike Lee, the song and video vehemently condemn President Donald Trump’s proposed border wall with Mexico and his anti-immigration stance Variety has reported.

The song is also a powerful indictment of the school to prison pipeline in the United States.

When I go out in my car, I don’t think twice / But if you’re the wrong color skin (I’m standing, crying)

And we got more people locked up than the rest of the world / Right here in red, white and blue (I’m standing, crying)

Another part of the song mentions past immigrants to America, such as those who came by ship and worked in the “coal mines of Pennsylvania.”

It also compares that to current immigrations seeking a better life in the US, with the lyrics:

“Down at the border/ They’re gonna put up a wall/ With concrete and rebar steel beams/ High enough to keep all those filthy hands off of our hopes and our dreams/ People who just want the same thing we do.”