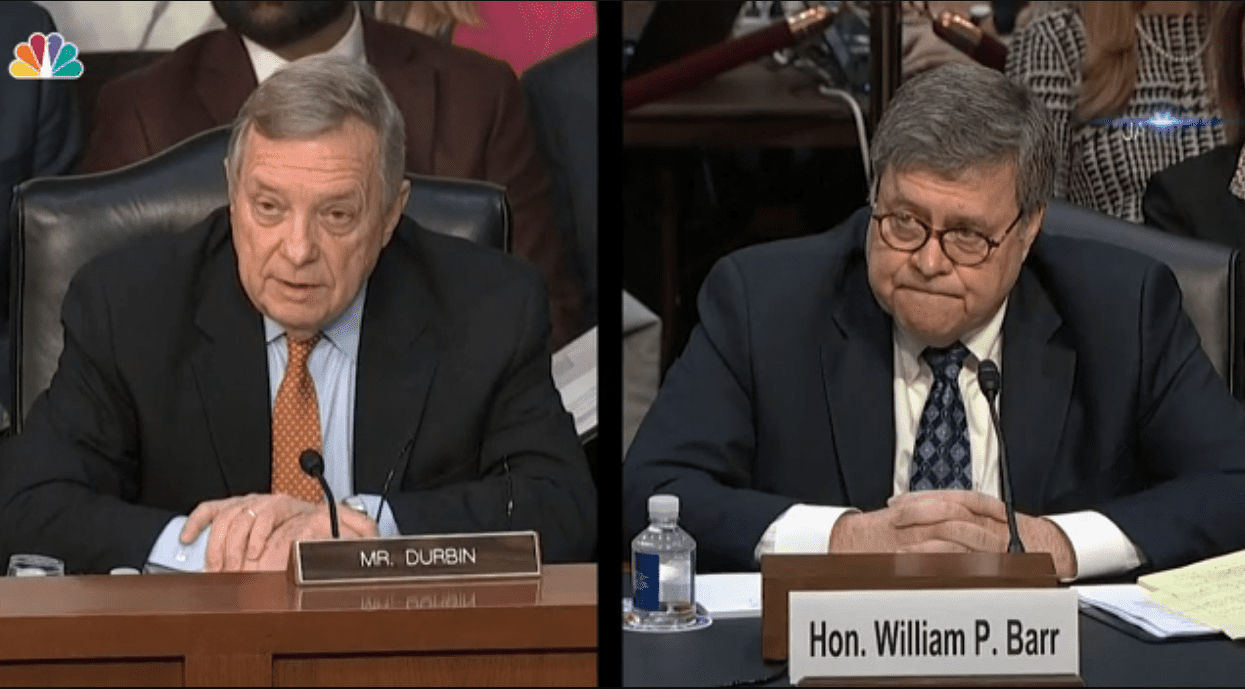 The Daily Beast just dropped the story that decades ago William Barr President Donald Trump’s pick to take over the reigns at Department of Justice used his past post “to indefinitely detain hundreds of HIV-positive asylum-seekers at a Guantanamo Bay detention center, deemed an ‘HIV prison camp’ by a federal judge who ruled the quarantine to be in gross violation of the U.S. Constitution.”

This is just the tip of the iceberg for Barr’s criticism by LGBTQ politicians and organizations.

For example, GLAAD, the world’s largest LGBTQ media advocacy organization, today continued to condemn President Trump for nominating William Barr to be his next U.S. Attorney General. Much like his predecessor Jeff Sessions, Barr has a vicious anti-LGBTQ history, even suggesting that equality for LGBTQ Americans has “led to America’s decline.”

“William Barr, who has wrongfully suggested that LGBTQ people – not Trump and his destructive policies – have harmed the United States, is the latest in a long line of replacements who President Trump has appointed to his Cabinet who are just as anti-LGBTQ as their predecessors,” said Sarah Kate Ellis, President and CEO of GLAAD in a statement to Towleroad. “If confirmed, there’s little doubt that William Barr would continue the Trump Administration’s objective of erasing LGBTQ Americans from the fabric of this nation.”

“Given this administration’s troubling record of migrant deaths and family separation, we need an attorney general who will stand up to the president to ensure the safety of people fleeing for their lives,” Sen. Richard Blumenthal (D-Conn.) told The Daily Beast. “I am worried Mr. Barr is not the man for the job.”

You can watch the hearings live on NBC here.