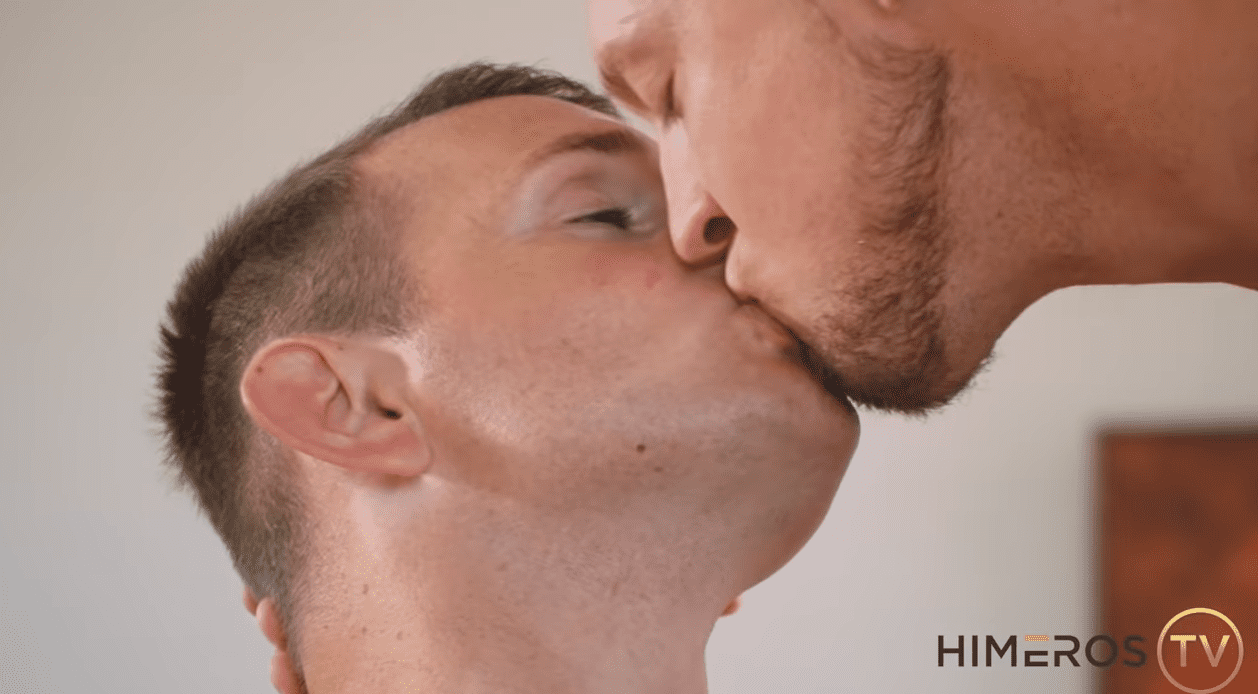 Wavey says that it is, at its core, a video about two men who share an ecstatic connection; they show up, come together and bring pleasure to each other. It’s hot. It’s intimate. And it’s fun.

A while back, Wavey received an email from Kenneth. Kenneth introduced himself and said that he was interested in modeling for Himeros.tv. He wrote: This is something I’ve always been interested in, but due to an injury when I was 18, no other company has ever given me a spotlight to create a platform in this industry. But I do know that your company and yourself are all about body positivity and creating an industry where those things work together.

Wavey asked Kenneth to describe his perfect scene. He mentioned that he’s submissive, and continued: My perfect scene would just be something for an audience to understand that just because I live a little different life I am still a very sexual person, and that it is OK to be dominant over someone in my situation, as long as there is an understanding and respect before hand.

All of us, regardless of our situation in life, want to be seen. And we want to be seen as sexual, worthy and deserving of touch and affection. This desire is universal. And yet, how often does each of us overlook people who – as Kenneth says – live a little differently?

Today’s video is an invitation – and an opportunity – for all of us to see and be seen. We are here. And we belong.

And it does that because, at it’s core, this isn’t a video about disability or wheelchairs or feeling sorry for anyone. It’s a video about two men who share an ecstatic connection; they show up, come together and bring pleasure to each other. It’s hot. It’s intimate. And it’s fun.

You can watch the PG-13 trailer below.