Featuring the 4 Netflix Rationalizations of the Chappocalypse

A few hundred protested outside the Netflix Los Angeles Office Wednesday afternoon demanding the platform restrict, label or remove the most recent Dave Chappelle special “The Closer” that premiered October 5th; They demanded the company acknowledge the insult and injury, apologize, and meet demands to transform the creative review process at Netflix into a more transparent and more equitable one.

The action, led by activist Ashlee Marie Preston, coincided with a virtual walkout by trans and allied Netflix employees. Dubbing themselves Team Trans, the gathered group called on Netflix, and Sarandos specifically, to listen to their list of “firm asks.”

Those asks call on Netflix to revise its processes for reviewing potentially harmful content, create a fund for trans and nonbinary talent at all levels of the company, place disclaimers on programs that include transphobic content, increase the trans employee resource group’s role in discussing potentially harmful content, recruit trans and trans BIPOC individuals for executive-level roles and acknowledge Netflix’s role in the harm “The Closer” and other content has caused to the trans community, especially the Black trans and LGBTQ communities.

The 4 Netflix Rationalizations of the Chappocalypse:
“Creative Freedom”, “Dilution”, “Not For You”, and “Doesn’t Hurt”

The protests were driven certainly by the content of the show, but as much by the basic errors by Netflix management in responding to employee concerns and insights, with at least some sent initially out of concern for the company’s reputation as well as on behalf of trans and LGBTQ employees and communities.

While it was a few trans Netflix employees that initiated and were part of planning the protest, it’s not known how many of the 10,000 employees globally — 3,000 in Los Angeles — attended, shared concerns with management internally, or participated in other walk outs and stoppages.

How did things come to this? it was as much the multiple fumbled attempts by senior Netflix management to tamp down and appease dissent over the past weeks that multiplied interest in and intensity of the protest.

Internal memos leaked all week with the lead executive for content, Ted Sarandos, repeatedly maintaining the line that he couldn’t and wouldn’t touch or apologize for Chappelle’s casually violent and transphobic material. And then there was the unchallenged Chappelle support of the marginal TERF movement that does not recognize trans people as possible identities and say the experience is pathology.

Until Yesterday, Netflix co-CEO Sarandos consistently defended Netflix’s decision to keep the Chappelle special on its platform. He cited the company’s commitment to “creative freedom” in multiple internal communications. He made the case that the range of positive queer content on Netflix somehow diluted and inoculated them against criticism for this. He also tried to build a case around success, that the company serves so many diverse senses of humor in the world that anyone concerned about anything just needs to write it off as something that’s not for them on Netflix. Sarandos also stated that he believed the special “doesn’t directly translate to real-world harm.”

In a statement issued ahead of the protest Wednesday, a Netflix spokesperson said the company would “respect the decision” of employees who participate in the walkout. “We value our trans colleagues and allies, and understand the deep hurt that’s been caused,” the statement said. “[We] recognize we have much work to do both within Netflix and in our content.”

Sarandos also commented publicly on the internal and external tensions for the first time Tuesday, telling The Hollywood Reporter that he “screwed up” in his internal communications regarding employees’ concerns over “The Closer.”

“I should have first and foremost acknowledged in those emails that a group of our employees were in pain, and they were really feeling hurt from a business decision that we made, ” Sarandos said. “I’d say those emails lacked humanity, in which I like to and I do generally communicate with our teams.”

Sarandos also reversed course on previous statements, saying that he “100% believes that content on-screen can have impact in the real world, positive and negative.” Despite those concessions, Sarandos again highlighted Netflix’s commitment to “free artistic expression,” even when it is “in conflict with people feeling protected and safe.” He also reiterated his stance that the Chappelle special will not be removed from the streaming platform and didn’t offer a definitive answer when asked if Netflix was willing to implement the trans employee resource group’s demands.

A contingent of pro-Chappelle counter-protesters attempted to disrupt the action outside Netflix’s Vine office, carrying signs bearing “We Like Jokes” and #TeamTERF,” the latter being a phrase Chappelle used in “The Closer.”

Does Netflix HR Always Move This Fast On Press Leaks and Insubordination?

In addition to the fumbled memos to employees, it’s not hard to see how a few significant moves against employees would be seen as retaliatory suspensions and a dismissal. Why? Though the company offered infractions other than speaking up, the management moves were immediate, in the heat of this stand off, and skipped the months-long dance of letters to file and rounds of evaluations and coaching sessions typically required to dismiss employees in creative class companies like Netflix. The company defended the moves.

Three employees, including one who is trans and part of the trans employee group who publicly criticized Netflix for platforming Chappelle’s transphobic comments, were suspended (then swiftly reinstated) for trying to enter a director-level meeting where the special was discussed. It’s not clear that this is the standard Netflix response to similar infractions.

According to The Verge, another employee, one of the walkout’s organizers, B. Pagels-Minor, was fired without delay or any of the human resources rigamarole, management said, for leaking confidential information related to the Chappelle special including the amount paid to Chappelle that appeared in Bloomberg. Pagels-Minor denies releasing that information. Again we cannot confirm that this is the standard Netflix reaction for similar infractions.

Pagels-Minor read the protesters’ letter of asks aloud during the walkout. “We are employees, but we are members, too,” Pagels-Minor read from the letter. “We believe that this company can and must do better in our quest to entertain the world, and that the way forward must include more diverse voices in order to avoid causing more harm.”

“I want my child to grow up in a world where they see that their parent, a Black trans person – because I exist, contrary to what the special says, contrary to what many people say – that I am valued and I am an important person as well,” Pagels-Minor added.

While Chappelle’s remarks negatively affect all trans populations, added focus has been put on how his comments in “The Closer” further contribute to Black LGBTQ and Black trans erasure. To one employee, the walkout organizer’s firing is representative of that as well.

“All these white people are going around talking to the press and speaking publicly on Twitter and the only person who gets fired is the Black person who was quiet the entire time,” a Netflix employee told The Verge. “That’s absurd, and just further shows that Black trans people are the ones being targeted in this conversation.”

Sarandos’ comments further enflamed tensions within the company and garnered heavy critcism from LGBTQ advocacy groups and entertainers, including some who have worked with Netflix in the past. Comedian Hannah Gadsby, whose stand-up special “Nanette” was released on Netflix, clapped back at Sarandos after he included her name in a list of examples that he believed shows Netflix is “working hard to ensure marginalized communities aren’t defined by a single story.” 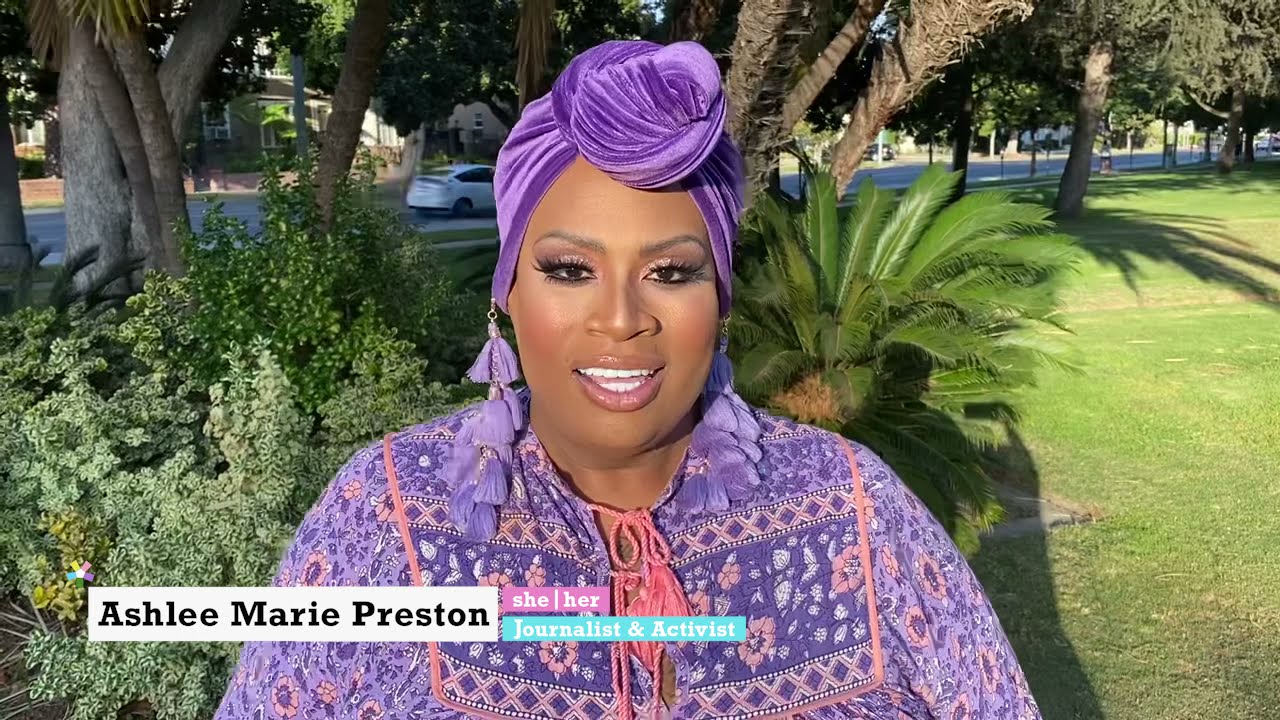 Stand Up in Solidarity with Team Trans* at Netflix!

“Hey Ted Sarandos! Just a quick note to let you know that I would prefer if you didn’t drag my name into your mess. Now I have to deal with even more of the hate and anger that Dave Chappelle’s fans like to unleash on me every time Dave gets 20 million dollars to process his emotionally stunted partial world view,” Gadsby said via Instagram.

“You didn’t pay me nearly enough to deal with the real world consequences of the hate speech dog whistling you refuse to acknowledge, Ted. Fuck you and your amoral algorithm cult … I do shits with more back bone than you. That’s just a joke! I definitely didn’t cross a line because you just told the world there isn’t one.”

And two of the biggest trans Hollywood players Elliot Page and Lily Wachowski vocalized their support for the Netflix walkout. “If you’re not standing up for trans lives, you need to take a good look at who you are standing with,” Wachowski said.

Page tweeted support for the #NetflixWalkout, “I stand with the trans, nonbinary, and BIPOC employees at Netflix fighting for more and better trans stories and a more inclusive workplace”

Other talent who have appeared on Netflix programming, including Jonathan Van Ness, Jameela Jamil, Angelica Ross, Eureka O’Hara and Colton Hayes, offered their support for the walkout. The stars appeared in a video PSA that released as part of the protest alongside Team Trans’ list of “firm asks.”

“We shouldn’t have to show up quarterly/annually to push back against the harmful content that negatively impacts vulnerable communities,” said Preston. “Instead, we aim to use this moment to shift the social ecology around what Netflix leadership deems ethical entertainment, while establishing policies and guidelines that protect employees and consumers alike.”

Photo by Cameron Venti on Unsplash