“The younger me made it harder than it had to be”

“I would watch this show. Year after year and i always though how incredible it would be, I Would dream of being up here on this stage. There were so many things…There were so many hurdles for me… and i always thought…truthfully felt like it would never be possible because of my sexuality to be here. And i just wish my younger me could see me now.”
–– TJ Osborne before performing “Younger Me” at Country Music Awards. 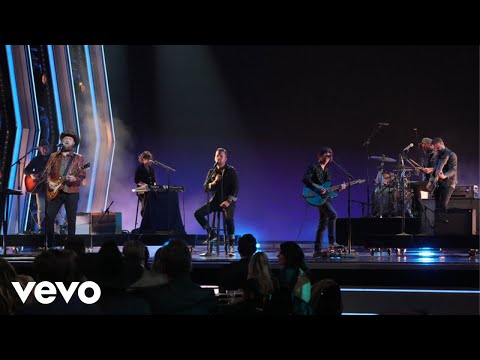 Published by
Taste of Country

Brothers Osborne singer T.J. Osborne said that love won at the 2021 CMA Awards. After giving boyfriend Abi Ventura a quick kiss, the country star and his older brother took to the stage to accept the Vocal Duo of the Year award and start what turned out to be a very good night for them. Later, Brothers Osborne took the stage to sing “Younger Me,” a song from their CMA Award-nominated Skeletons album. T.J. Osborne has said he wrote this song about his experience coming to terms with his sexuality. He came out as gay in February of this year, and on Wednesday night (Nov. 10), became one of very …

Brothers Osborne are once again at the top of country music’s vocal duos, winning 2021’s CMA Awards Vocal Duo of the Year. The pair were crowned the category’s winners during Wednesday night’s (Nov. 10) 2021 CMA Awards ceremony, which took place in Nashville and aired live on ABC. Country’s favorite brothers were once again ecstatic and humbled to take the stage and collect their fourth Vocal Duo of the Year award (and fifth CMA Award overall). After sharing a big hug with Keith Urban, T.J. Osborne said it “never ceases to be extremely shocking” when the pair collect the prestigious hardware. …

Read More and more pictures of attendees including Carrie Underwood, Miranda Lambert, Nicole Kidman and Keith Urban, and many, many more.

Previous Post: « Prosecutors seek four years’ jail for Qanon Shaman Sentence; Judge Gives 41 Months To Another Rioter For Assaulting Officer
Next Post: ‘The Only Thing You Can Feel Like You Know, Is If You’re In Love,’ Kristen Stewart Engaged; Shares Who Saw Met-Gala Nip Slip »