Towleroad Exclusive: Brian Bell in an emotional conversation with Mike Sington who was sending out the only news for for the hours 700 LGBTQ Travelers hid from 15 gunmen who landed by sea at the host hotel.

Editor’s Note: Mike Sington, a former TV executive has played journalist on his last two Cancun vacations. Last year he tweeted from the eye of a hurricane. This year 15 men with guns showed up. (Where we going next year?). He makes some sense of it in his first interview when he got home a few weeks ago.

It is even more relevant with holidays approaching and a similar beach landing of gunmen went down two days ago, this time on jet-skis, again cartel related.

Sington’s tweets and video were the only source of news for hours that day and he quickly went viral as he pieced it all together. We watched, relieved to learn they were not only safe, but the LGBTQ group was not targeted, according to police reports.

Still, none on that trip went home untouched though only a few were physically injured. Mike’s account and perspective are compelling, for LGBTQ travelers as well as anyone frustrated with gun violence here that we can’t seem to figure out.

So thankful to Mike and Brian too for their honesty and vulnerability in this interview. It’s so much more than you’d get elsewhere and it’s why we do this. Thank you both. I’m proud of what we ended up with editing this unique interview. Mikes take on the different way LGBTQ folks travel has similar resonance.

You’re going to love following Mike on Twitter at @mikesington.

If you really can’t watch all, then come back or at least watch the 3rd one, “The Day After…”. — Editor

” This is the first interview I’ve done –I was swamped with interview requests, and I turned them all down.

I didn’t feel comfortable giving an opinion or talking about the drug cartel situation while I was in Mexico, and when people knew what hotel I was staying . So I feel a lot more comfortable talking about it now that I’m safely at home.” 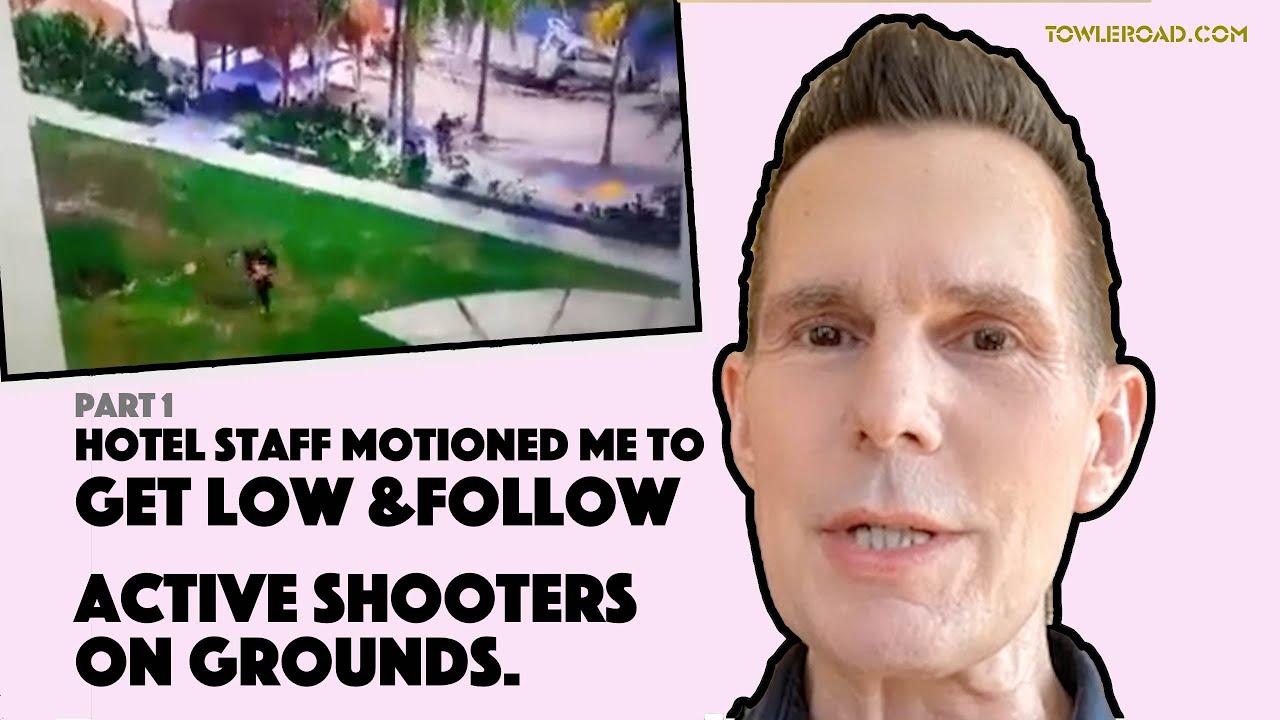 His videos, images and updates kept the world abreast of the tense situation as details emerged from the retreat organized by LGBTQ travel group Vacaya and many of the 700-plus in hiding tried to make sense of what was going on mere feet from them. Sington was two buildings away from the beach where a group of armed men landed on the beach and exchanged gunfire, but soon discovered just what was unfolding. 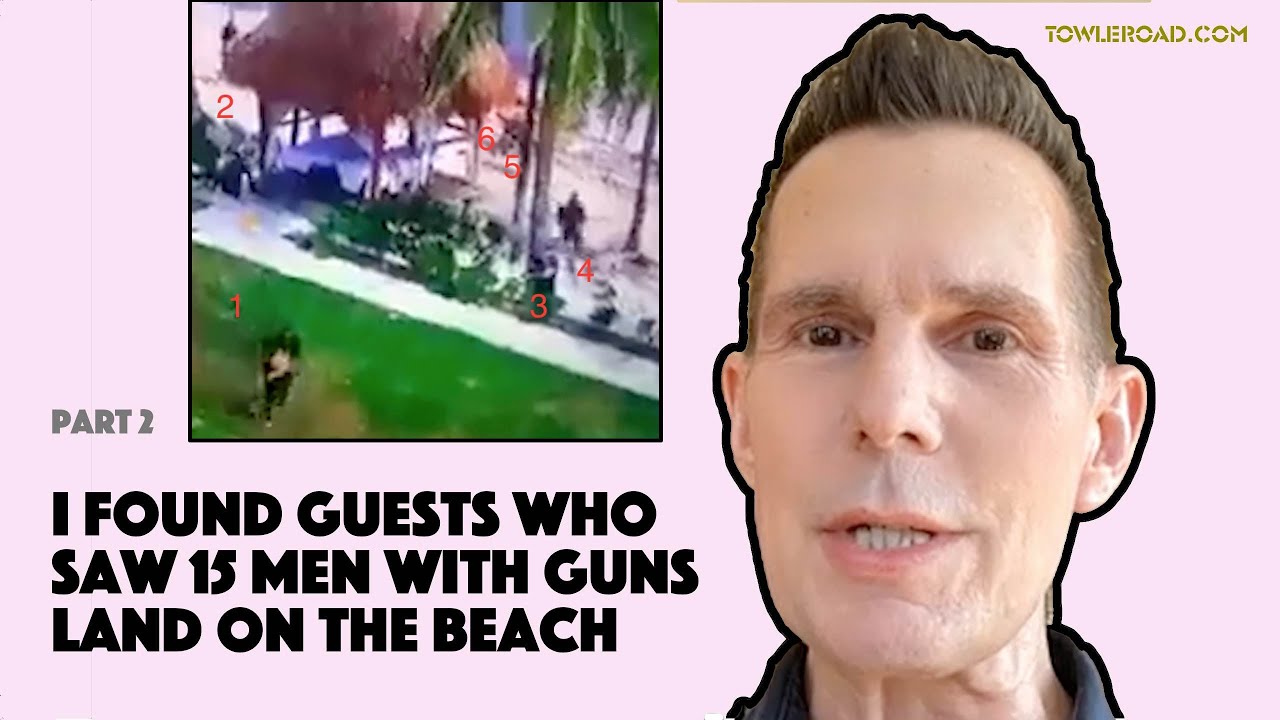 Link
2/8 MIKE SINGTON Gets Details of what happened on the beach. NOTE: violent surveillance clip.

2/8 MIKE SINGTON Gets Details of what happened on the beach. NOTE: violent surveillance clip.

“I thought I would just go downstairs to the lobby and get a bite to eat,” Sington told Towleroad. When he found the lobby “completely deserted,” Sington knew something was amiss. “I saw two staff members hiding behind concrete columns on the far side of the lobby motioning me to get down … I crawled across the open lobby. which is open to the pools and the ocean.”

Sington was whisked away by resort staff to one of a collection of hidden rooms in the hotel where a collection of his fellow vacationers were stowed away. “I could glimpse inside and I saw my fellow travelers, most of them in wet swimsuits and beach towels, hiding,” he recalled. Sington remained in one of those dark rooms for roughly an hour without any knowledge of what exactly was happening. He heard accounts from other tourists who were present when everything sparked. 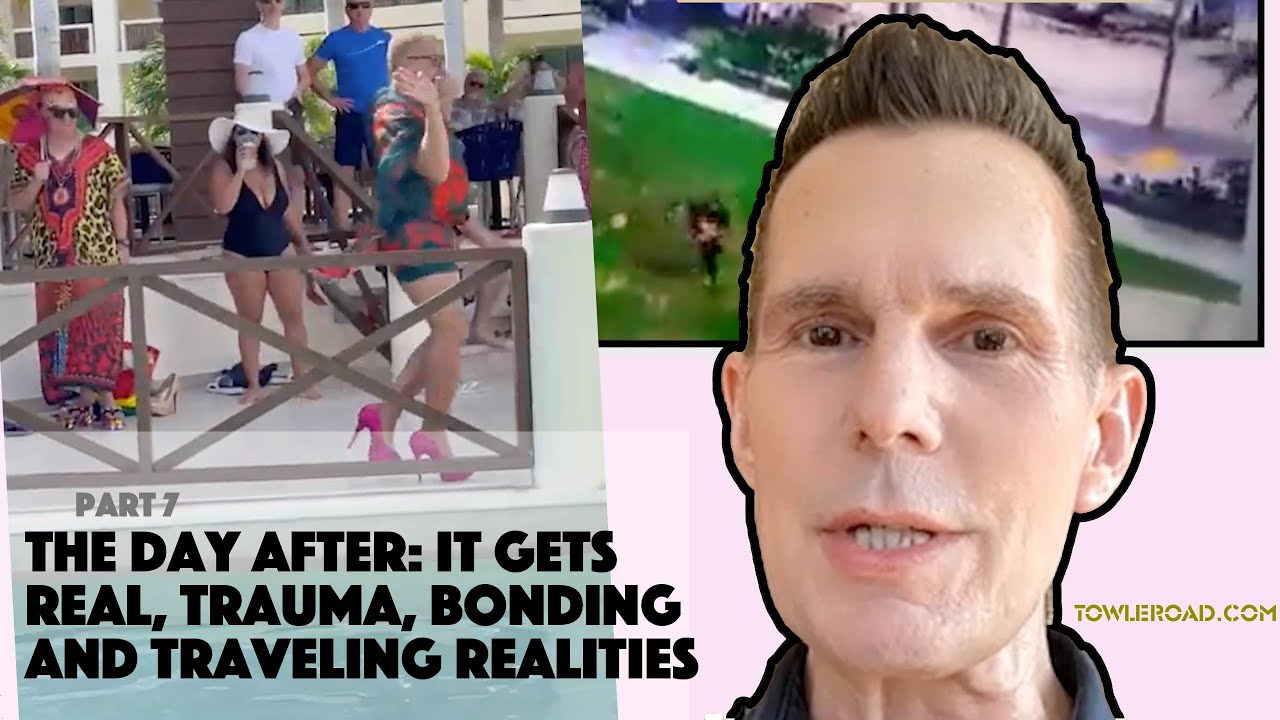 Link
3/8 What Does all This Mean? The core of the conversation.

3/8 What Does all This Mean? The core of the conversation.

Sington began documenting the experience, sharing accounts of tourists fleeing the beach and pool area as gunfire rang out, while worrying if the LGBTQ tourists were being targeted specifically. “It was brewing with all of us,” Sington said. “That’s one of the first top-of-mind thoughts that we all had. It turned out it wasn’t, thank goodness, but it was a feeling of fear in the rooms.”

Though the Puerto Morelos shooting didn’t specifically target LGBTQ people, the increased threat of violence against LGBTQ individuals empowered by cultural attacks and legal erosion of civil rights speak to why Sington and others quickly centered their identities as a potential motivation. The Human Rights Campaign recently confirmed 2021 as the deadliest year for trans and gender-diverse people since it began keeping records in 2015.

4/8 What Were The Visitors Thinking In Hiding, Waiting For Hours After The Cancun Shooting 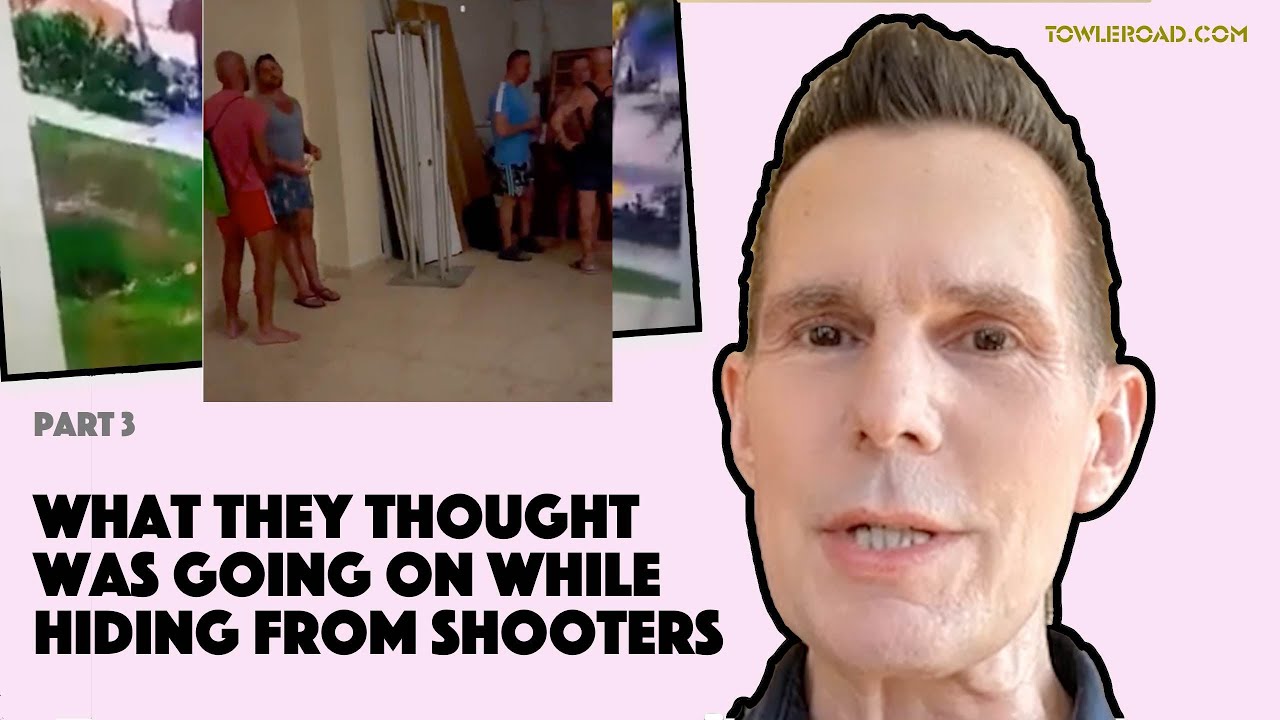 Link
4/8 15 Gunmen Land at Hotel Hosting 700 LGBTQ. While hiding what did they think was happening?

4/8 15 Gunmen Land at Hotel Hosting 700 LGBTQ. While hiding what did they think was happening?

75% of trans and gender-diverse murders in 2020 came via firearms and, though concrete data on anti-LGBTQ gun violence is limited, a Fenway Health study found that anti-LGBT hate crimes were “more likely” to involve the use of a gun or other deadly weapon than any other underrepresented class. Couple that with the threat of gun violence from Mexican drug cartels facing both Mexican citizens and foreign tourists alike, and the climate of apprehension, doubt and fear Sington expressed can be easily enhanced for LGBTQ people.

Foreign tourists getting caught in the crossfire of warring criminal organizations on the Yucatan Penisula was in the news as recently as last month when an two tourists were killed by crossfire in Tulum, roughly 90 miles south of Puerto Morelos. Sington hadn’t been aware of the deaths in Tulum prior to traveling to Cancun for the Vacaya Halloween/Dia de los Muertos getaway.

5/8 15 Active Shooters on Hotel Beach? What’s going on in Mexico? 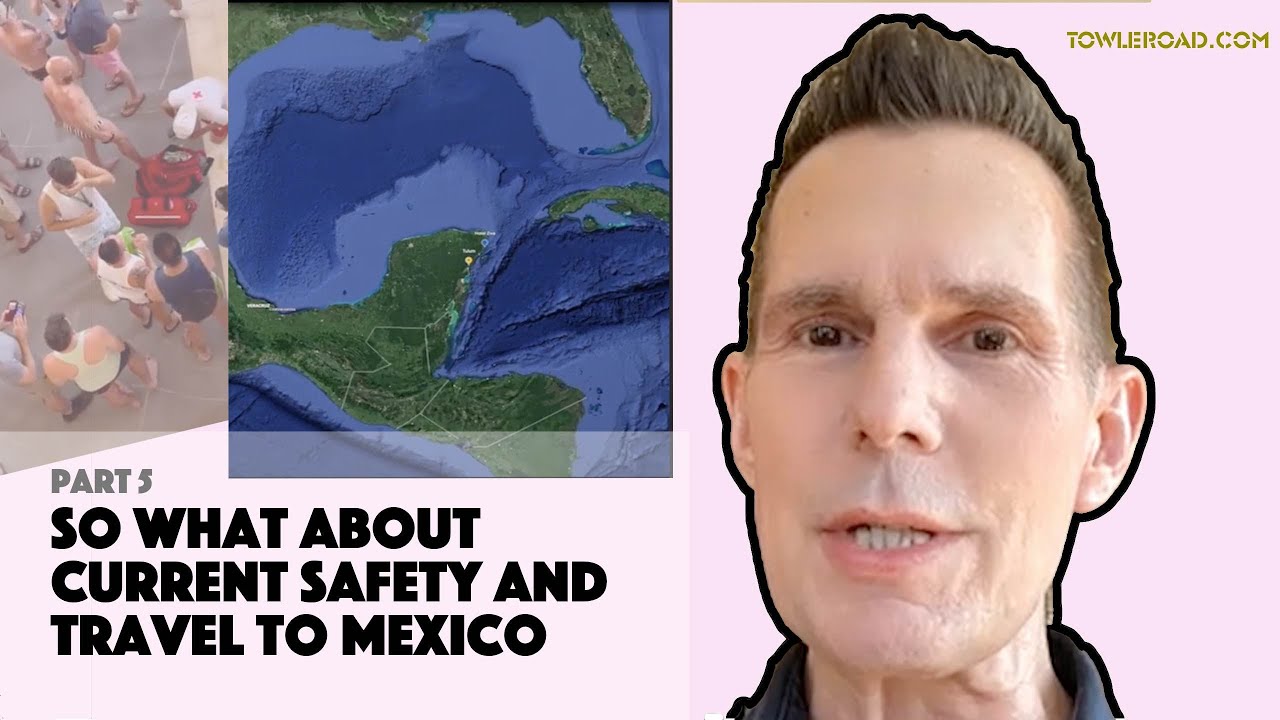 Sington and others were eventually led back into the lobby and given the all-clear from Vacaya representatives that the gunmen had been apprehended, leading to some breaking into tears and hugging one another. Resort guests were then told to barricade in their rooms. Despite being told at 7pm that things had calmed, Sington remained barricaded in his room until the next day.

Planned events resumed, though they were more low key than originally planned, but Sington tearfully identified the most heartwarming memory of the day after as when the injured tourist returned from the hospital. “The one gentleman in the group that got shot was returning from the hospital and everybody got together in the lobby and cheered as he came back.”

6/8 Aways The Lobby. Singtons Images Become Iconic Representation Of The Magnitude And Fear 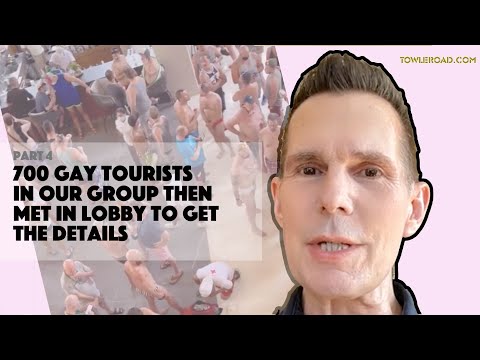 6/8 That meeting in the lobby.

The guests left Puerto Morelos on Nov. 6, but, as Sington put it, the experience returned home with them. For Sington, living through the shooting gave him a new understanding of the trauma experienced by so many people involved in mass shootings, including the 49 people who lost their lives and countless others who survived the Pulse nightclub shooting in 2016.

“I just got home a couple of nights ago and when I opened my front door I broke out crying because it was just so upsetting,” Sington expressed. “It’s heartbreaking, the shootings that happen here, and they happen so frequently. I thought about the kids and adults at the Pulse nightclub and what they went through, not to mention all the many school kids in those shootings.”

7/8 What Perspective Did You Bring Back? 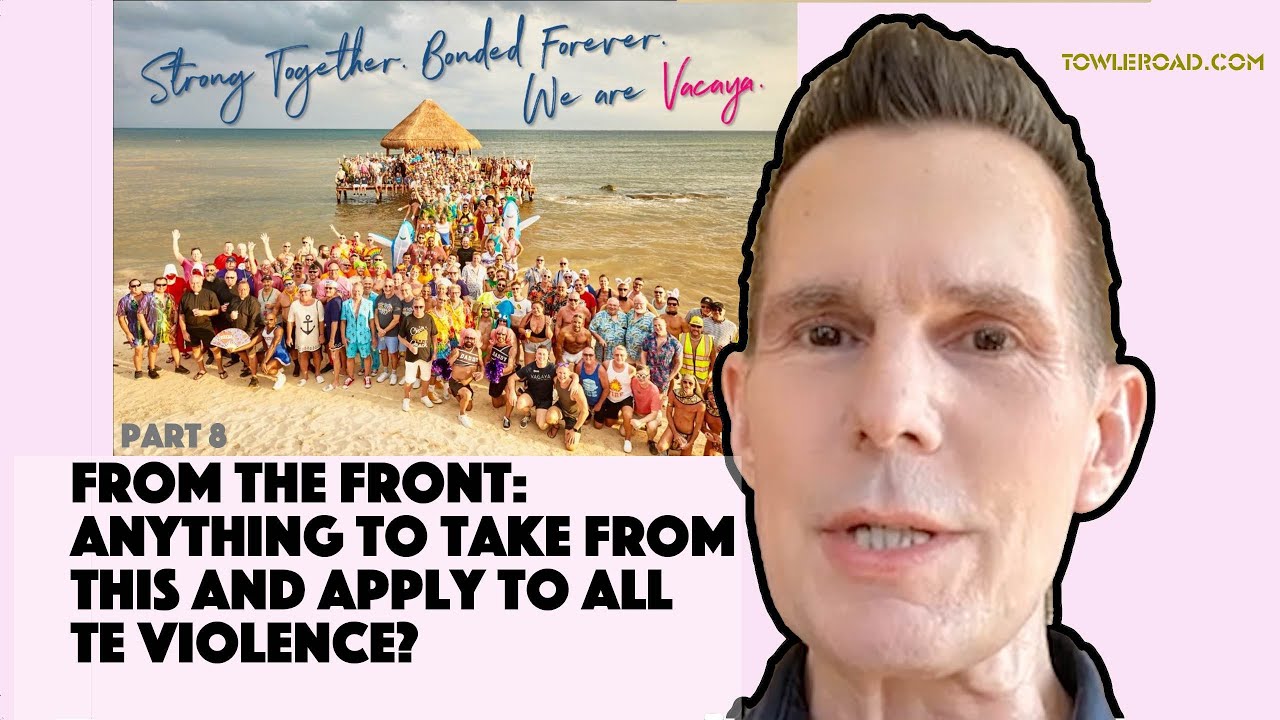 “But the thought also went through my mind that it can happen anywhere. It’s not just this country. It’s not just Mexico. You could be on vacation, you could be going to work, and an active shooter could show up,” he continued. “It’s just so sad and pathetic and something’s got to be done about it. We’re all so tired of ‘thoughts and prayers.’ We need action … It’s so frustrating. I mean, if the gun battle between the cartels had spilled up ten feet into the pool area from the beach, there could have been dozens or hundreds of travelers in our group killed easily.”

Sington still hasn’t been able to bring himself to look at the images he tweeted from the event – the same ones that informed so many of what was happening – because they bring him to tears. He still worries about those that he bonded with during the experience and hopes they’re coping and finding healthy ways to work through their trauma. But he also found solace in watching the LGBTQ community come together to help and support one another through it all.

8/8 What About the Authorities? Cancun Shooting Killed No Tourists, Police Assure Community 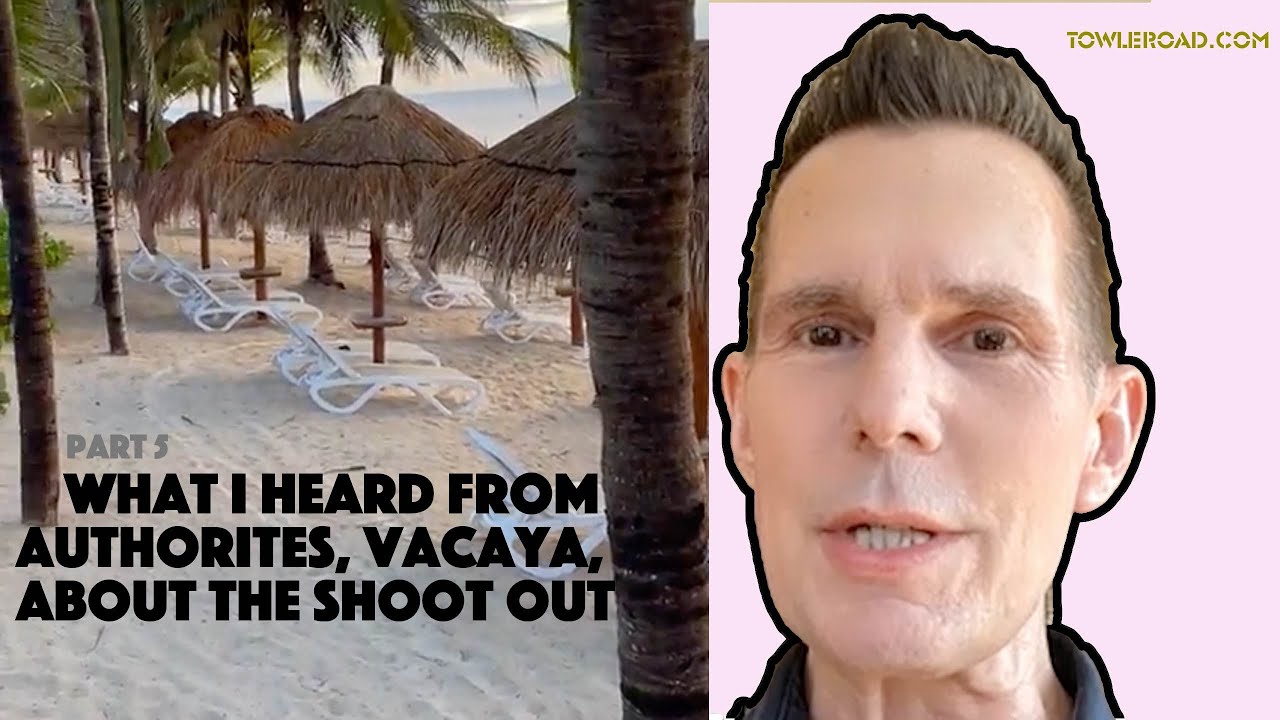 Link
8/8 What About the Authorities? 15 Gunmen Land at Hotel Hosting 700 LGBTQ.

8/8 What About the Authorities? 15 Gunmen Land at Hotel Hosting 700 LGBTQ.

“There are 700 stories. I think a lot of people went through more terror than I did,” Sington said. “You know how the LGBT community is – they bond anyway. Before the shooting, there was a lot of bonding going on, and then we bonded even more having all survived the shooting. So, I think about all those people now who are in different parts of the country … I hope they’re coping.”

Vacaya celebrated the strength of those that endured the event, saying “We love you to the moon and back” in a statement via Facebook. “Thank you to the staff at the HYATT Ziva Riviera Cancun! Together we are strong and resilient,” the statement continued. The company announced plans to return to Mexico next year for its Halloween/Dia de los Muertos getaway package ten days after the shooting, but it will be housed at the Hilton Vallarta Riviera resort in Pacific coast city Puerto Vallarta. 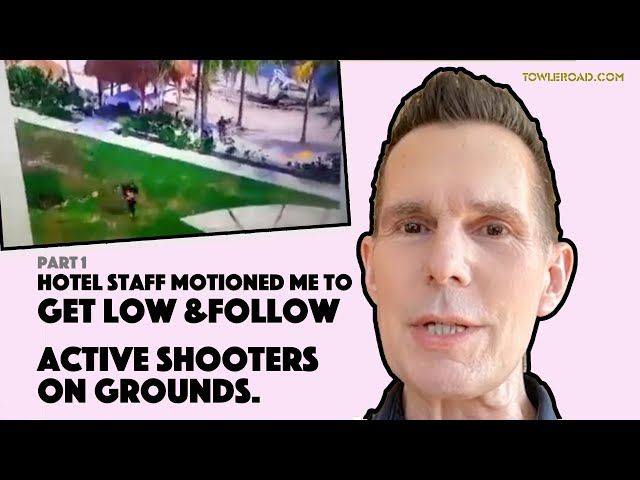 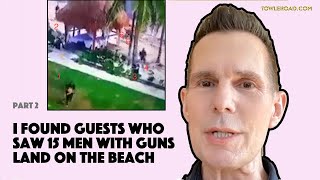 2/8 MIKE SINGTON Gets Details of what happened on the beach. NOTE: violent surveillance clip. 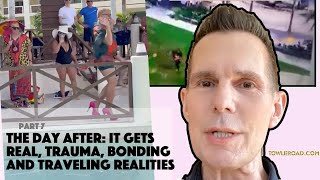 3/8 What Does all This Mean? The core of the conversation. 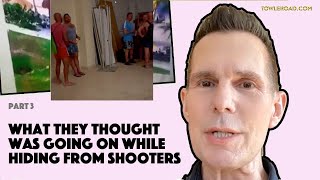 4/8 15 Gunmen Land at Hotel Hosting 700 LGBTQ. While hiding what did they think was happening? 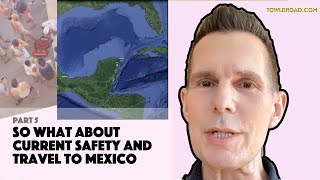 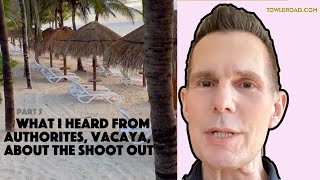 8/8 What About the Authorities? 15 Gunmen Land at Hotel Hosting 700 LGBTQ. 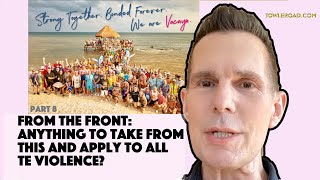 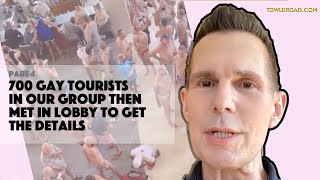 6/8 That meeting in the lobby. 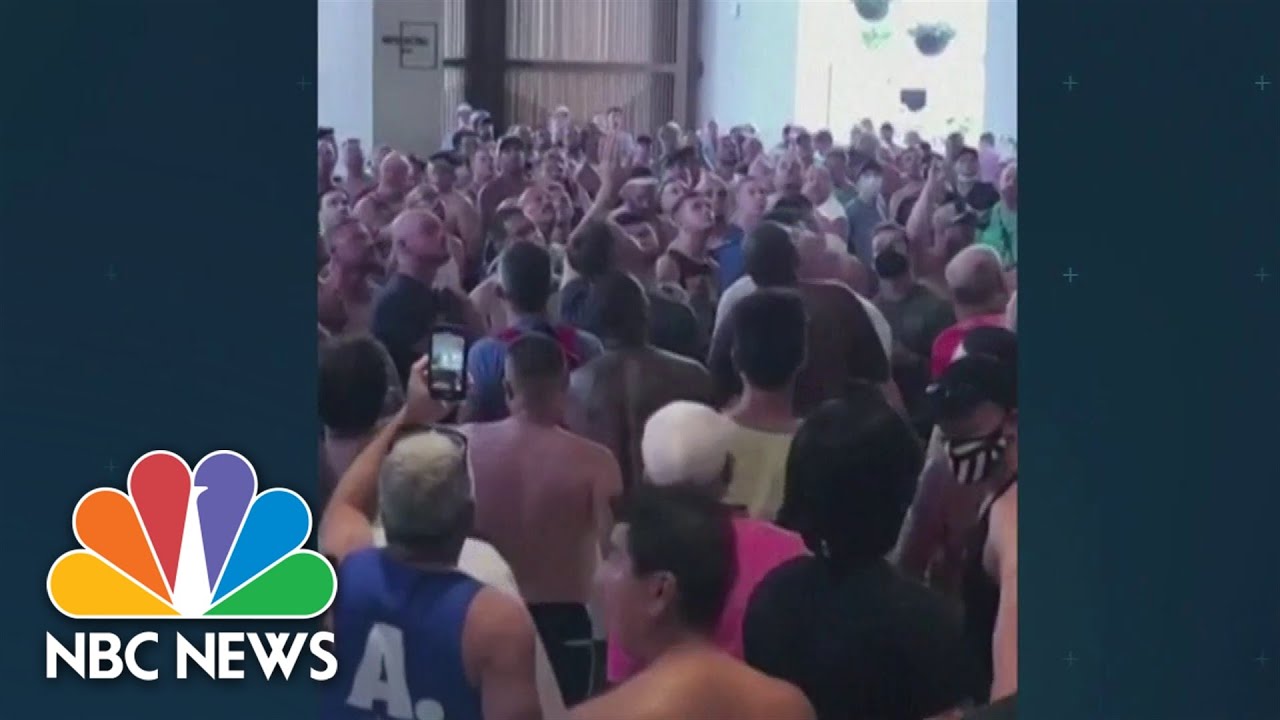 At Least 2 Killed In Shooting At Cancun Resort 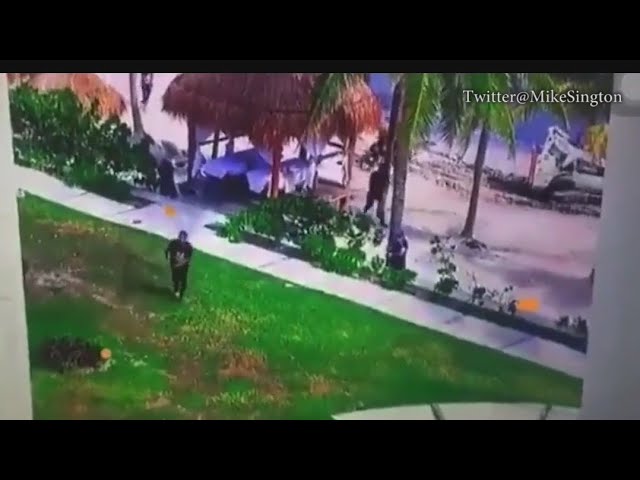 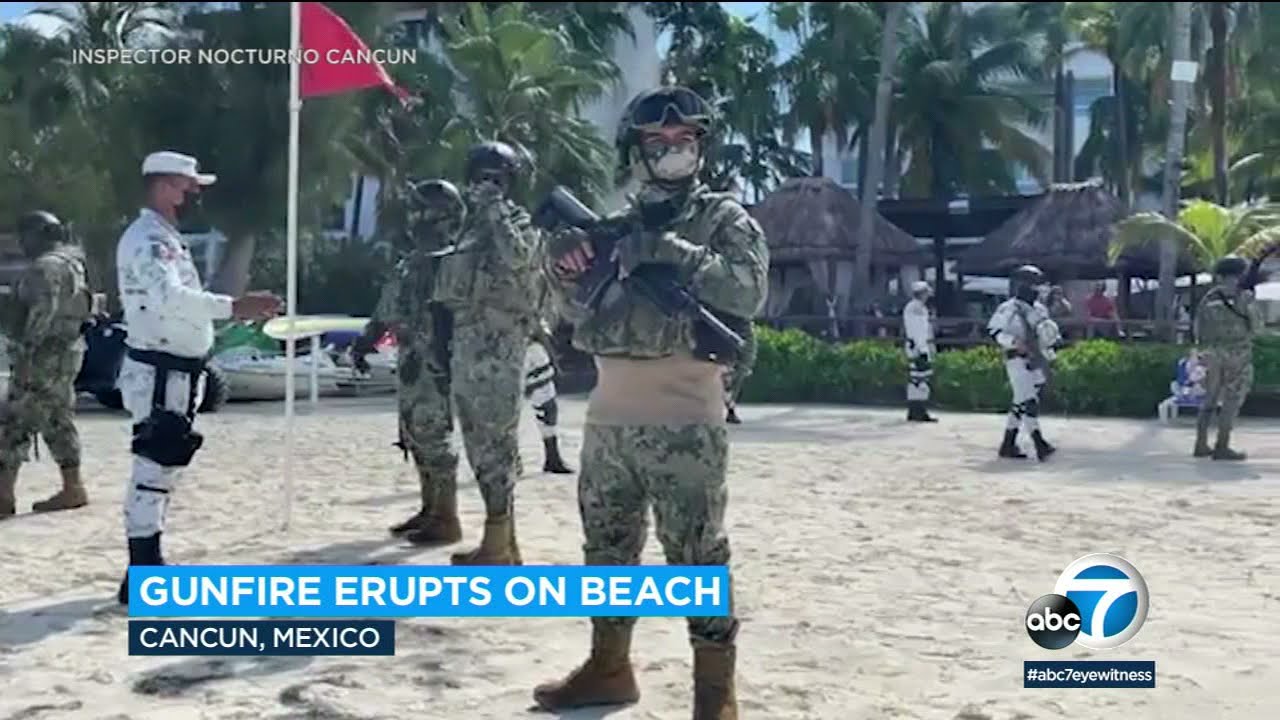