A Lot More Than Mrs. : Here are a few Coretta Scott King quotes on Gay and Black movements and struggles.

Until her death in 2006, Mrs. King was an outspoken ally of LGBTQ people of all colors, speaking of those in the civil rights movement she worked next to as well as philosophically allied with at that time even less diverse gay and lesbian groups. She was there when it counted, graciously, perhaps speaking out about homophobia in black communities.
Without being too facile, the playbook is so prevalent it’s not a stretch to say the same tactics and factions that play to gay male insecurities offering reassurance of masculinity if they lead with sexism; while dropping enough misinformation to blame the jews for economic oppression Black Americans.

Ms. magazine said her vision of “the beloved community” was bolder and more revolutionary than her husband Martin’s

Excerpts of a few of Mrs. King’s statements

“For too long, our nation has tolerated the insidious form of discrimination against this group of Americans, who have worked as hard as any other group, paid their taxes like everyone else, and yet have been denied equal protection under the law…. I believe that freedom and justice cannot be parceled out in pieces to suit political convenience. My husband, Martin Luther King, Jr. said, “Injustice anywhere is a threat to justice everywhere.” On another occasion he said, “I have worked too long and hard against segregated public accommodations to end up segregating my moral concern. Justice is indivisible.” Like Martin, I don’t believe you can stand for freedom for one group of people and deny it to others. So I see this bill as a step forward for freedom and human rights in our country and a logical extension of the Bill of Rights and the civil rights reforms of the 1950’s and ‘60’s. The great promise of American democracy is that no group of people will be forced to suffer discrimination and injustice.

Make Room At The Table for Lesbian and Gay People.
(4 Quotes from the 25th Anniversary of Lambda Legal Defense Fund March, 1998. four days before the 30th anniversary of her husband’s assassination.)

1. “I still hear people say that I should not be talking about the rights of lesbian and gay people and I should stick to the issue of racial justice…But I hasten to remind them that Martin Luther King Jr. said, ‘Injustice anywhere is a threat to justice everywhere.’…I appeal to everyone who believes in Martin Luther King Jr.’s dream to make room at the table of brother- and sisterhood for lesbian and gay people”

Homophobia is Like Racism and Anti-Semitism
2. “Homophobia is like racism and anti-Semitism and other forms of bigotry in that it seeks to dehumanize a large group of people, to deny their humanity, their dignity and personhood,” King stated. “This sets the stage for further repression and violence that spread all too easily to victimize the next minority group.”

3. “We are all tied together in a single garment of destiny . . . I can never be what I ought to be until you are allowed to be what you ought to be,” she said, quoting her husband. “I’ve always felt that homophobic attitudes and policies were unjust and unworthy of a free society and must be opposed by all Americans who believe in democracy,”

Mrs. King is Outspoken Supporter of Gay and Lesbian People

4. “For many years now, I have been an outspoken supporter of civil and human rights for gay and lesbian people,” …. “Gays and lesbians stood up for civil rights in Montgomery, Selma, in Albany, Ga. and St. Augustine, Fla., and many other campaigns of the Civil Rights Movement,”
“Many of these courageous men and women were fighting for my freedom at a time when they could find few voices for their own, and I salute their contributions.”
——————


We Need a National Campaign Against Homophobia — June, 2001 to Reuters

“We have to launch a national campaign against homophobia in the black community,”

Against Banning Same Sex Marriage, March, 2004
“A constitutional amendment banning same-sex marriages is a form of gay bashing and it would do nothing at all to protect traditional marriages.”

some help from History Muse: 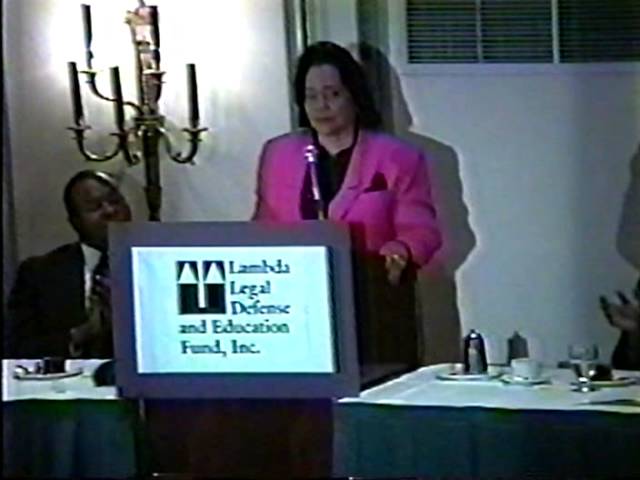 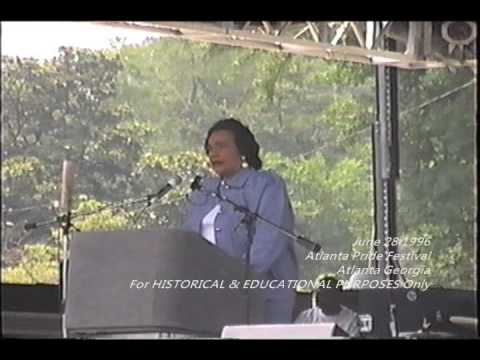 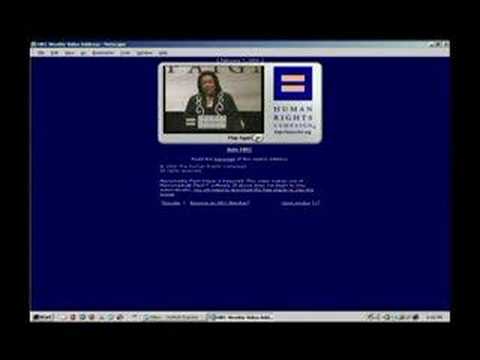 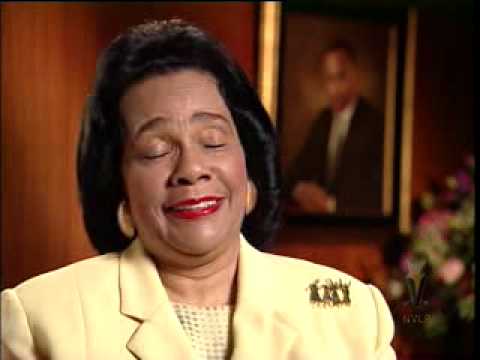 It was during Christmas break at Boston University, 1951, when 22-year-old Martin Luther King Jr. asked friend Mary Powell — an Atlanta transplant attending the nearby New England Conservatory of Music in Boston — if she knew of any “nice, attractive young ladies” who would be a good fit for him.

King was getting tired of playing the field.

“I was about to get cynical,” he recalled. “I had met quite a few girls in Boston, but none that I was particularly fond of.”

Powell handed King the phone number of a young lady from Marion, Ala., named Coretta Scott. Coretta had been given a scholarship to the New England Conservatory of Music in Boston, and she later said, “I believe it was God’s will and purpose for my life that led me to Boston where I met Martin Luther King Jr.”

King wasn’t thinking about the Almighty when they went on a date.

“I met and fell in love with the attractive singer Coretta Scott, whose gentle manner and air of repose did not disguise her lively spirit,” he said. “After an hour, my mind was made up.”

It was more than her beauty and charm that convinced King. It was more than the fact that, like his beloved mother, an organist, music was a passion for Coretta. What delighted him was when the conversation turned to other topics.

“I never will forget, the first discussion we had was about the question of racial and economic injustice and the question of peace,” King said. “She had been actively engaged in movements dealing with these problems.”

Coretta revealed that her upbringing in the segregated South had encouraged her to stand up for her beliefs — a painful history that the budding couple shared.

“I was told one way or another almost every day of my life that I wasn’t as good as a white child,” she said.

As with King, Coretta credited family with fortifying her sense of self-worth against the relentless tide of racism.

“I was blessed with parents who taught me not to let anyone make me feel like I wasn’t good enough,” Coretta said. “And as my mother told me, you are just as good as anyone else. You get an education and try to be somebody. Then you won’t have to be kicked around by anybody.”

Early in their relationship, King knew that he wanted to marry this woman. “Coretta is going to be my wife,” he wrote to his mother.

“I didn’t want a wife I couldn’t communicate with,” he elaborated. “I had to have a wife who would be as dedicated as I was.”

Though Coretta was in love with King, she had reservations regarding marriage. She enjoyed her life in the North and feared that, once married, she would be stuck in Atlanta as the wife of a preacher, her lifelong musical ambitions permanently sidelined. Fortunately, that was not the future King envisioned.

“Although we had returned to Marion to be married by my father on the Scotts’ spacious lawn,” King said, “it was in Boston that we began our married life together.”

They resumed their education and were content — until a year later, when King was asked to become pastor of Dexter Avenue Baptist Church in Montgomery, Ala. The racial atmosphere in Montgomery was becoming unstable, and the couple sensed an opportunity to facilitate change.

“We reviewed our own growth in the South, and the many advantages that we had been deprived of as a result of segregation,” King recalled. “For several days we talked and thought and prayed over each of these matters. Finally we agreed that, in spite of the disadvantages and inevitable sacrifices, our greatest service could be rendered in our native South.”

Martin and Coretta relocated to Montgomery in September 1954. The Dexter Avenue Baptist Church was just a little red-brick building near the center of town — but when he began preaching there in October, King transformed its modest steeple into a guiding light. Even he was caught off-guard by the immediate results.

“I had no idea that I would be catapulted into a position of leadership in the civil rights struggle in the United States,” King confessed.

On Nov. 17, 1955, the Kings honored the passage in Genesis to be fruitful and multiply.

“I became the proud father of a little daughter — Yolanda Denise,” King said. “‘Yoki’ was a big little girl…She kept her father quite busy walking the floor.”

But not for long.

On Dec. 1, Rosa Parks was arrested for refusing to give up her seat on a public bus in Montgomery. One day later, during a meeting at Dexter Avenue Baptist Church, the Montgomery Improvement Association was created and King was nominated as president. He accepted.

Parks recalled it wasn’t just King’s oratory that earned him that post. “Dr. King was chosen in part because he was relatively new to the community and so did not have any enemies.”

The group’s first action was to support the Women’s Political Council in a one-day boycott of the city’s buses.

“I agreed that some protest was necessary and that the boycott method would be an effective one,” King said.

The boycott became the symbol of a need for wider civil rights reform, and went on for more than a year.

“As the boycott continued, I had a growing sense that I was involved in something so much greater than myself,” Coretta recalled. “I came to the realization that we had been thrust into the forefront of a movement to liberate oppressed people, not only in Montgomery, but also throughout our country.”

While King publicly embraced his newfound role as leader, privately he had his doubts.

“It is never easy for one to accept the role of symbolism without going through constant moments of self-examination,” King said at the time. “I must confess that there are moments when I begin to wonder whether I am adequate, or whether I am able to face all of the challenges and even the responsibilities of this particular position.”

And always standing by him was Coretta.

“She did not need to be told that we would now have even less time together,” King said. “And she seemed undisturbed at the possible danger to all of us in my new position.”

“Because it was a spontaneous movement, a lot of his conferences were at the house,” Coretta recalled. “People started coming from all over the media to cover the story, so he had a lot of interviews scheduled there.”

She recalled times when King would come home to find members of the press waiting for him, and he’d politely invite them to dine with him.

“I learned pretty quickly to have a lot of food on hand, always have more than what Martin and I could eat,” she said.

Those weren’t the only changes to their daily life. There was no longer such thing as “me time.”

“I learned to live with that,” Coretta said.

However, while King had become the center of a political and media cyclone, he never took Coretta’s contributions for granted.

“A wife can either make or break a husband,” he said. “My wife was always stronger than I was through the struggle.”

Indeed, perhaps Martin and Coretta’s greatest strength was their unconditional devotion to each other.

But it wasn’t just Coretta who was affected by King’s new mission. There was a growing family, and children have needs of their own.