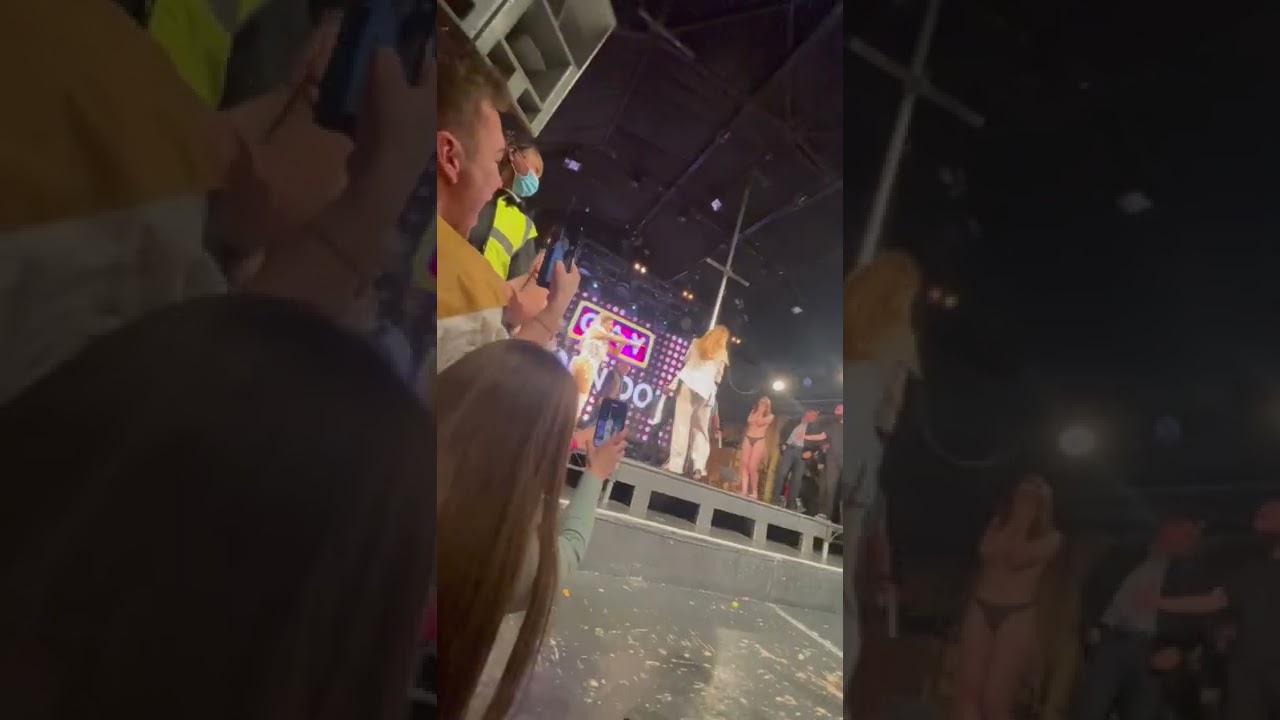 The ‘Easy On Me’ hitmaker had been enjoying a night out with friends at the club, which was hosting the famous strip contest with a cash prize, and was seen singing along to disco hit ‘It’s Raining Men’ by the Weather Girls.

Adele then stepped on stage with ‘RuPaul’s Drag Race UK’ star Cheryl Hole to give the audience something else to cheer.

The 33-year-old singer – who won a trio of BRIT Awards earlier this week – wrapped her leg around the stripper pole on the stage and spun around in her all-white Fendi suit sending the audience wild.

An onlooker told the Daily Star Online: “Adele was absolutely loving the event. She was having a great time with friends and loved watching the show.

“After the contest was over she stormed the stage and the crowd went wild. No one was expecting a music icon to be there.”

A video shared by a fan also shows Adele asking to have “the final say so” in the stripping contest as Cheryl tells her “you can have the final say, you’re f***ing adele and I’m little old Cheryl!”

Adele then picked a topless woman as the winner, referring her BRITs controversy by saying: “I’m going to go with my girl! I know I’ve had a lot of s**t the last couple of days.”

A delighted Cheryl shared a photo with Adele on Instagram, confirming the music megastar came to meet her backstage.

The 28-year-old drag queen wrote: “Confirmed: @Adele was devastated when I was eliminated on Drag Race too. Love you divalina.”

In her acceptance speech at the BRIT Awards for the Artist of the Year prize Adele enthused about being “a female artist” despite the switch to gender neutral categories at the ceremony in 2022.

She told the crowd: “I understand why the name of this award has changed but I really love being a woman and a female artist. I’m really proud of us.”