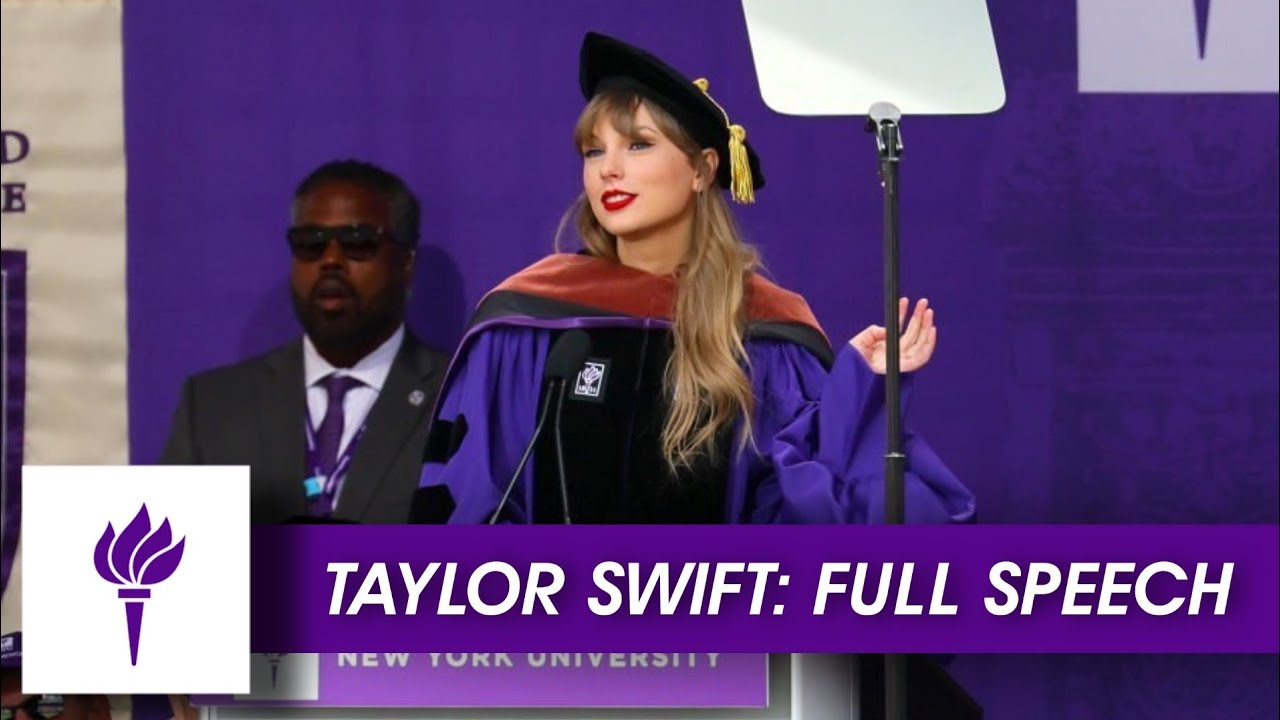 Taylor Swift was “pleasantly surprised” to receive an honorary doctorate.

The ‘Blank Space’ singer was honoured by New York University at their graduation ceremony at Yankee Stadium on Wednesday (18.05.22) and insiders at the event said the 32-year-old star “really blended in” with the other students.

A source told E! News: “Taylor really blended in like one of the students. Everyone was really accepting of her and having fun with it.”

Taylor took the time to speak to some of the students and asked about their university experiences.

The insider added: “She was very sweet and genuine… just listening to different perspectives.

“Overall it was a really nice experience and everyone enjoyed it. She was cute and fun and she just seemed really happy. Taylor was telling people how pleasantly surprised she was about the honour.”

Taylor delivered a speech to the 2020, 2021 and 2022 graduating classes and joked her cap and gown was “much more comfortable” than the looks she usually wore when performing to similar sized audiences on similar stages.

She said: “Last time I was in a stadium this size, I was dancing in high heels and wearing a glittery leotard. This outfit is much more comfortable.”

The Grammy winner also quipped that she was only there because one of her 2012 hit single ‘22’, which matched the current calendar year.

The ‘I Bet You Think About Me’ singer urged the graduating class that they should “learn to live alongside cringe” as it is an “unavoidable” part of life, citing her fashion choices from a decade ago.

Taylor continued: “You will look back on your life and cringe retrospectively. Cringe is unavoidable over the course of a lifetime… You can’t avoid it so don’t try to – for the entirety of 2012 I dressed like a 1950s housewife.”

The ‘Love Story’ hitmaker also spoke about the challenges of being a young woman in the music industry, such as “constantly being issued warnings” and how she felt that needed to be the “perfect young female role model” or else she would end up in “pop star jail”.

Taylor also mentioned getting “cancelled” – when Kanye West and his then-wife Kim Kardashian alleged that she was a lying about consenting to lyrics on his 2016 track ‘Famous’ – and how it gave her “excellent knowledge” of her wine rack.

She said: “Getting cancelled on the internet and almost losing my career gave me an excellent knowledge of all the types of wine.”