You are here: Home / Archives for Christian Cooper 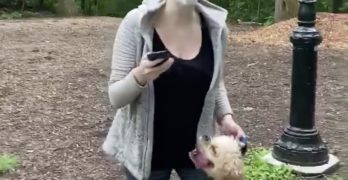 A disturbing incident in NYC's Central Park went viral on Monday after a video of the altercation was posted to Twitter. A white woman was filmed as … END_OF_DOCUMENT_TOKEN_TO_BE_REPLACED