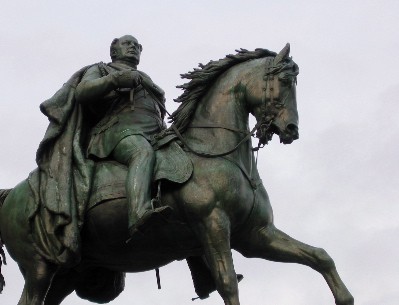 #2 — Take a walk in the Tiergarten.
This is Berlin’s “Central Park”, which surrounds its most famous phallic symbol, the Siegessaule, a victory column built to commemorate German victories over Austria, France, and Denmark. So, dominance=arousal? Siegessaule is also the name of Berlin’s gay rag, where you can find a daily schedule of activities (don’t worry, it’s partly in English). During the summer, there is plenty of nudity in certain areas (according to a guide we had who had a tender affection for sex parties), and naughty behavior in others. During the summer, the Love Parade, a techno, ecstasy-fueled love fest, winds its way through the leafy corridor. It’s an oasis of nature in an otherwise concrete and stone metropolis.