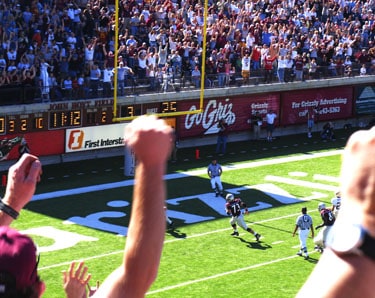 A college football game is a smorgasbord of testosterone-filled treats. Lines of RVs with tailgate parties, thousands of college boys stinking drunk, pick-up trucks, and draft beer. I went to a game this afternoon with my parents, who have become devotees of their hometown college team of University of Montana, “The Griz”.

I caught this first moment as The Griz made their first touchdown to a stadium crowded with 25,000 fans. I have to say (Bush voters aside), being at this football game was a refreshing change from the too-precious oxygen of L.A. I’m not sure what energized me the most… 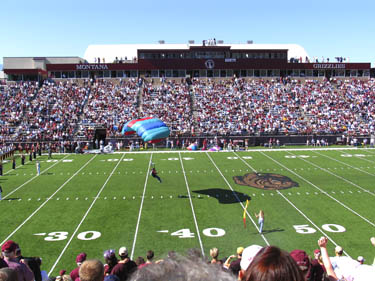 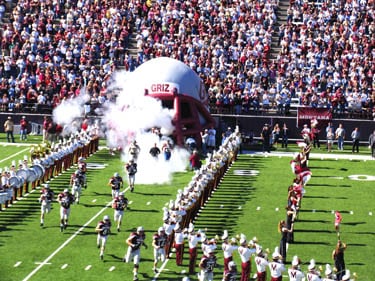 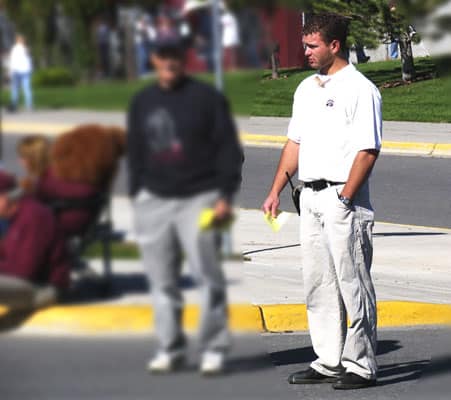 “According to in-house creative director Christy Schaefer, the story of the campaign is simple: two players from the same team have been dreaming of each other for a long time until one day, after practice, they finally connect in the end zone. “What starts as a casual hook-up becomes a real connection. These guys are playing for keeps,” she said.”

Well I don’t know who wrote that swishy PR quote but after this afternoon I can’t help but have a little love for Christy Schaefer.

Btw, The Griz beat the crap out of Northern Colorado, which makes them even hotter.

Related article: Locker Rooms and Closets: “While gay and lesbian athletes are achieving higher profiles than in the past, the locker room is still one of the last gay frontiers.” [Washington Blade]