LGBT activist Bob Kunst, head of the group Hillary Now!, described by 365Gay.com as “a constant thorn in the side of the Bush family,” has produced a television commercial intended to encourage Hillary Clinton to run for president in 2008. 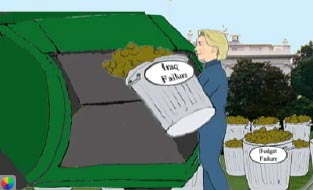 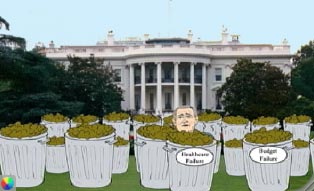 I think I’d call this ad “Hillarious.” Its low production values are completely distracting and utterly juvenile. While I appreciate the message, I can’t imagine what they were thinking releasing an ad that makes Clinton out as a garbage truck driver, features Saturday morning cartoon narration, and looks like an outtake from King of the Hill. It did, however, have me coming back for repeat showings, which I guess is a success of some sort.

The ad will run in New Hampshire from today until Thursday.