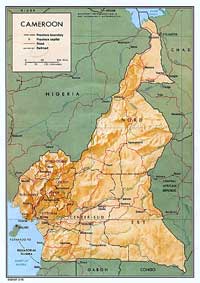 A disgusting witch hunt is underway in the African nation of Cameroon after the tabloid L’Anecdote published the names of prominent figures who are homosexual, a list that includes ” government ministers, news readers, popular singers and sports stars.”

L’Anecdote‘s publisher, Jean Pierre Amougou Belinga, told Reuters: “Men making love to other men … is filthy. It may be normal in the west, but in Africa and Cameroon in particular, it is unthinkable. We could not remain silent. We had to ring the alarm bell. We don’t regret it and we have to do it again … in spite of numerous death threats that me and my journalists have had.”

One of those named on the list is the country’s communications minister, Pierre Moukoko Mbonjo, who said: “Whether heterosexual or homosexual, sexual intercourse takes place in an intimate environment between two persons.”

According to the Guardian, “Same-sex intercourse carries a penalty of six months to five years in prison and fines of up to $370 (£210) under Cameroonian law.”