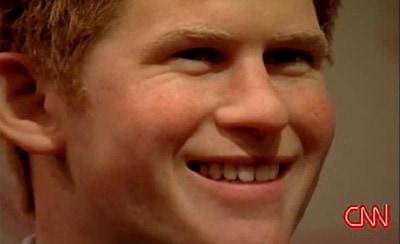 Prince Harry joined the rest of the Royal Family at Madame Tussaud’s in London when he was immortalized in wax. 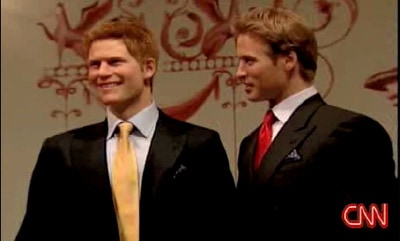 He was placed next to Prince William, who debuted last August. 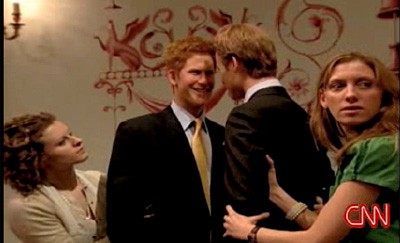 Museum officials then engaged the two princes in a pretend make-out session. 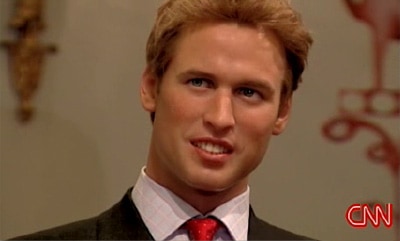 William wasn’t sure how he felt about that. 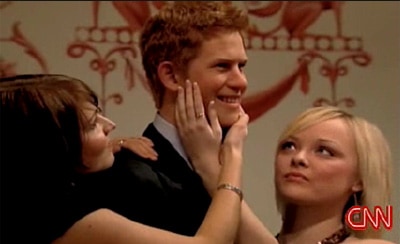 So then museum officials sent in Spice Girl look-alikes to dote over the waxworks, to clear up any confusion. 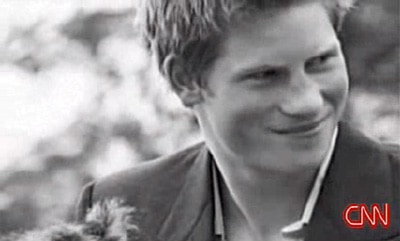 But, as we all know, nothing beats the real thing, baby.

Previous Post: « Big Gay Jump to Go Off in July
Next Post: Warblings from the Music World »