AfterElton tackles “Gay Vague“, asking important questions about folks like Jared Leto and Robbie Williams: “Is it unfair for men in the public eye to deliberately signal that they might be gay if they’re not prepared to follow through by actually coming out?”

Superman packs a surprisingly fruity punch and walks in a mean set of stilettos! 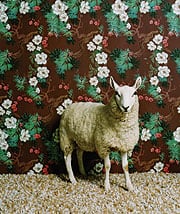 It looks as though Ryan Reynolds is a free agent.

Manhattan Offender analyzes the Queens Heritage of Pride parade in all its prismatic glory. 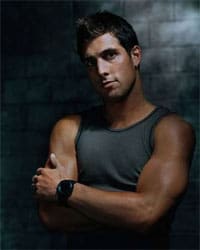 The World Cup is ready to runneth over with a couple of tributes to U.S. footballer Carlos Bocanegra.

16th annual Disney Gay days event draws 140,000 visitors. Organizer: “The event is just a wonderful opportunity to bring in over $100 million to the economy, which that’s [what] Central Florida and Florida is based on — tourism. And I think all those groups that for years had been badmouthing us or badmouthing the event, finally they don’t have any argument anymore. In the beginning, they might have said, ‘Well, this is going to happen or that’s going to happen,’ and now everybody’s seen. If you contact the Royal Plaza, it’s the best weekend they’ve had on food and beverage. They tell me that, if they have a college group in or a business convention group in and if they drink a lot, usually there’s furniture thrown into the pool or fights. There weren’t any problems like that.”