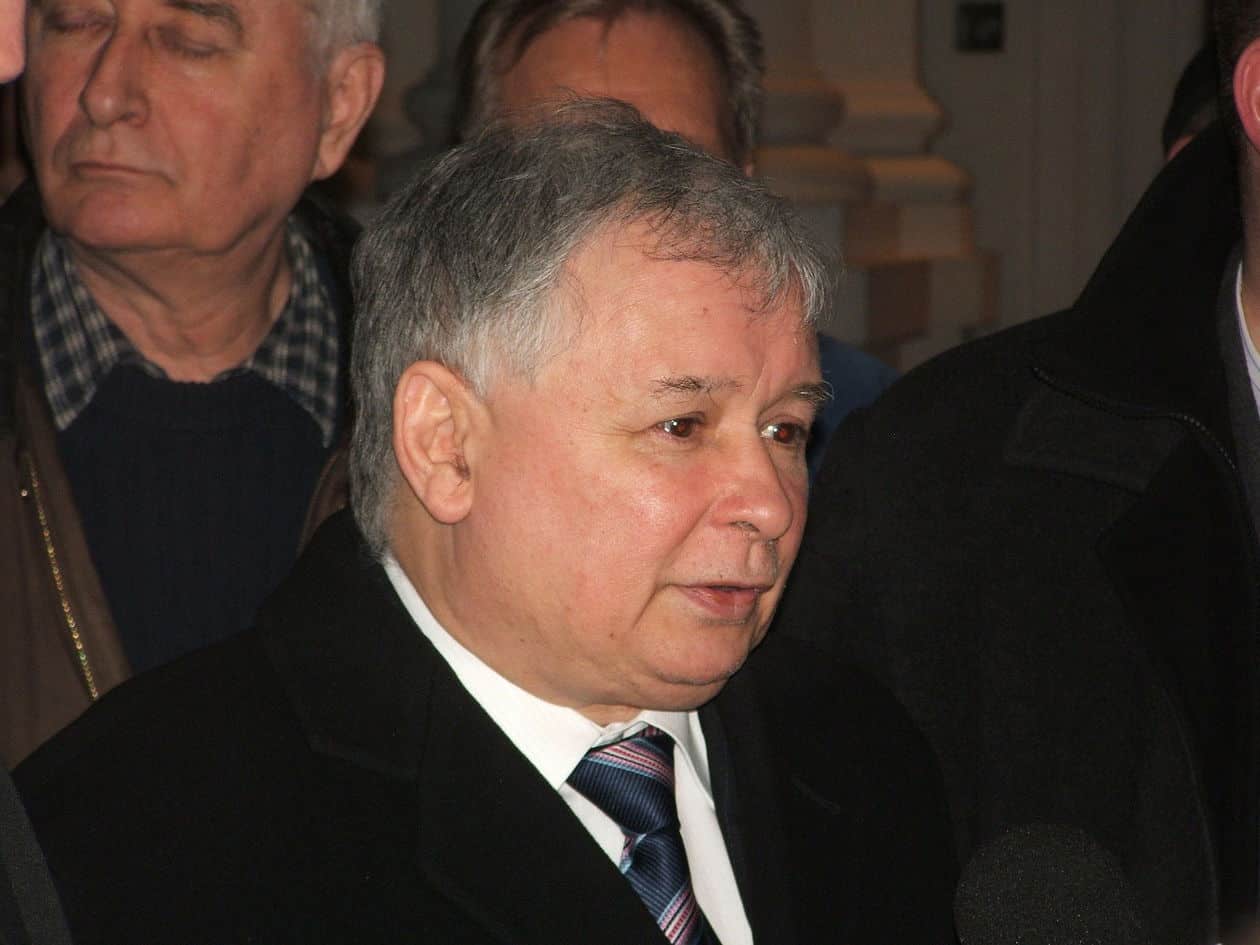 The Prime Minister and the President of Poland are identical twin brothers, known by some as the “terrible twins” because of their policies, and this week the PM Jaroslaw Kaczynski was outed in Polish media.

Doug Ireland of Gay City News reports: “Poland’s second-most important newspaper, Rzeczpolita, published documents-some only recently declassified, and some that were leaked-from the files of the Polish Secret Service that discussed Prime Minister Kaczynski’s homosexuality. As part of an investigation, begun in 1992, of right-wing political parties that, the documents said, ‘could threaten democracy,’ a Secret Service department then headed by Colonel Jan Lesiak reported, ‘It is advisable to establish if Jaroslaw Kaczynski remains in a long-term homosexual relationship and, if so, who his partner is.'”

Poland’s anti-gay policies have been severe and unrelenting, despite what the Prime Minister has tried to express. In August he traveled to Brussels to appeal to the EU Commission to try to persuade them that homophobia and anti-semitism in the country were on the wane:

“I ask you not to believe in the myth of Poland as an anti-semitic, homophobic and xenophobic country…People with such [homosexual] preferences have full rights in Poland, there is no tradition in Poland of persecuting such people.”

Right now Jaroslaw is probably wishing that were more true. The country’s anti-gay policies are well-known, and last March a speech in Berlin by President Lech Kaczynski (the former mayor of Warsaw) was interrupted by protestors objecting to Poland’s abuses.

At this year’s Gay Pride in Warsaw, violence that plagues many gay events in eastern Europe was avoided, but just barely. As marchers paraded through the city, neo-Nazis trying to pelt them with eggs were held back by police. 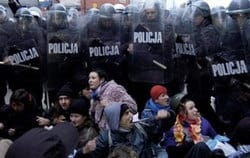 Violence erupted at a march for tolerance in Krakow in May. And in Poznan last November, a group of protestors were dragged along sidewalks, detained, and interrogated after demonstrating against discrimination based on sexual orientation.

Kaczynski’s homosexuality had been rumored since Lech Walesa made a comment 13 years ago on national television regarding the twins’ arrival at his birthday party: “Lech came with his wife and Jaroslaw came with his husband.” Not until the surfacing of the Secret Service documents did it become so public.

And of course there were other signs. Says Ireland: “Prime Minister Kaczynski, 56, is a bachelor who still lives with his mother in a house filled with an extraordinarily large number of cats.”

Ireland also notes that Kaczynski’s outing has not changed the government’s stance on homosexuality: “Even as Prime Minister Kaczynski’s homosexuality was being outed in the press and on television, senior officials of his government continued to spew homo-hate.”

The surfacing of the files is being seen by some as a possible sign that other parties are looking to take power in Poland, whether by toppling the current regime ideologically, or by force.