— The Art-O-Meter scores a work of art based on the amount of time someone stands in front of it.

— Forget the Virgin Mary and Jesus, now images of Posh Spice, Pete Doherty, and Jude Law have begun to show up burned into pieces of toast!

— World Wildlife Fund issues global warning: “For more than 20 years we have exceeded the earth’s ability to support a consumptive lifestyle that is unsustainable and we cannot afford to continue down this path.”

— 250,000: Out Traveler poised to grab highest circulation of any LGBT mag. 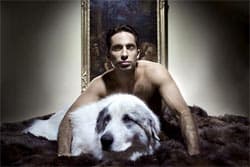 — Kevin Tillman, brother of slain soldier and former football player Pat Tillman, has let the world know how he feels about the Bush administration and the wars overseas.

— First gay-owned and operated yoga studio to open in NYC.