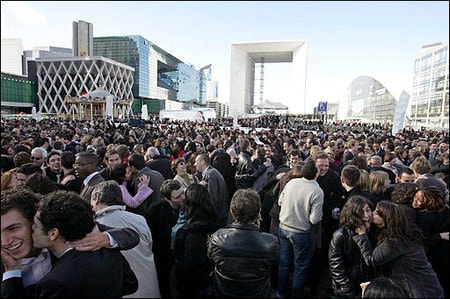 An attempt was made last Thursday in Paris to break the world record for largest simultaneous kiss in the same spot, but the attempt failed as only 1,188 people showed up. While that may seem like a lot, the record to beat was one set in 2005 in Budapest in which 11,570 people participated.

Same-sex kissers did represent. How many can you find? See after the jump, and click to enlarge. 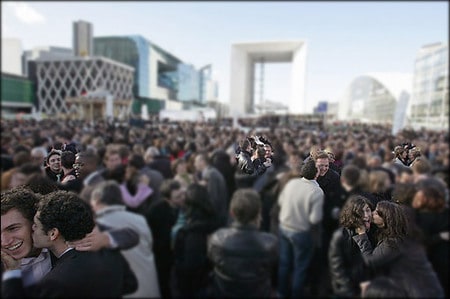