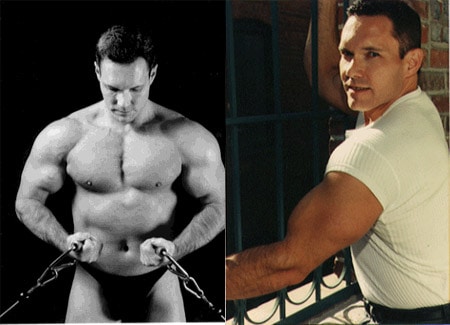 Mike Jones, the gay escort who claims he had a three-year sexual business relationship with evangelical pastor Ted Haggard, failed to pass a lie detector test administered early this morning, but the test’s accuracy is already begin questioned:

“The test administrator, John Kresnik, said Jones’ score indicated ‘deceptions’ in his answers. However, Kresnik said he doubted the accuracy of the test he administered because of the recent stress on Jones and his inability to eat or sleep, according to KHOW producer Greg Hollenback. Kresnik suggested that Jones be re-tested early next week after he was rested.”

Here is Good Morning America’s coverage (via AmericaBlog) of the Haggard scandal which was run this morning. Jones claims that a fantasy Haggard told him about was “to have sex with about 6 young college guys ranging from 18 to 22 in age.”

The shots above are from Mike Jones’ “massage” business page.